Texan soul singer Leon Bridges has put in a mid-year […]

Texan soul singer Leon Bridges has put in a mid-year contender for track and video combination of 2021 with the mesmerising “Motorbike”. The track is the second single released in preparation for Bridges’ forthcoming album Gold-Diggers Sound, the first being the socially conscious Terrace Martin collaboration “Sweeter”. “Motorbike” flips this and gives us a seemingly straightforward tale of love executed with such perfection even the most embittered cynic might capitulate to their feels. The video is notable for being directed by soul hip-hop revival sensation Anderson .Paak, showing the kind of unchecked versatility which is frankly rampant amongst the sickeningly talented artists in our cross-platform age. And I’ll be gosh darned if he didn’t nail every single facet of it with a sweeping cinematic sensibility that should see that famous grin adorning every red carpet from Oxnard to Cannes.

The track is simple but completely captivating, Leon Bridges’ golden vocals seducing, embracing and pleading with an instrumental which should really be purchased on 7-inch to be slotted with the rest of the classic soul. The sound is retro but mixed with fancy new-fangled production techniques and imbued with a driving bassline which kicks you in whichever direction it pleases. In this instance, it’s got vintage lovers’ soul on the playlist, so that’s where you’re going, with minimal resistance. Bridges pleads with a girl to hop on his motorbike and escape from it all with him, an option which looks all the more inviting with every horrifying headline.

“We don’t stop but the time do

Lovers in another life, let me remind you

Look back, see me behind you

When it feels good you don’t have to try to”

The beginning of the video matches the relatively innocent portrayal of a man in love, Bridges and co-star Lexi Carter drinking, dancing and engaging in adult activities, clearly drawn to each other like moths to a bug-zapper. Some of the scenes have a real soft-focus feel, nicely complementing the hazy glow of the track. Bridges plays guitar while Carter draws him and any eye-rolling and scoffing melts into the air in a blast of unselfconscious joy. The moment he presents her with a gun as an anniversary gift and the viewer realises they’ve fallen for the classic bait-and-switch is priceless. I don’t like to be toyed with, Anderson. It transpires that the ill-fated couple rob diners in a very Pumpkin & Honey Bunny fashion and the motorbike is how they evade Johnny Law. The twist is a good one as there is no indication of it coming and although Bey and Jay did the whole Bonnie & Clyde thing a while ago, the element of surprise and the sheer impact of “Motorbike” trumps them for me, outrageous a claim as that may seem. Although saying “ill-fated”  a few sentences ago may have given it away, tragedy falls as the couple engage in a shootout and Bridges is mortally wounded, leaving his distraught partner to pick up the pieces. Not to mention we the general public, the real victims of this emotional manipulation.

Despite only dropping this week, “Motorbikes” needs to be shipped out to every soul jukebox worldwide and sharpish. The music and visual aspects mesh so perfectly you feel like telling them to get a room. The excitement for Bridges’ album is coupled with curiosity as to whether Anderson .Paak will continue down this auteur’s path and achieve domination across all fields. While both artists will undoubtedly deliver on every project they undertake, right now all focus needs to be on this isolated work of art. Gold-Diggers Sound is released on July 23 via Columbia Records so bust out the high-waisted plaid flares.

Two Mitsubishi Models Named Cheapest Cars in the US 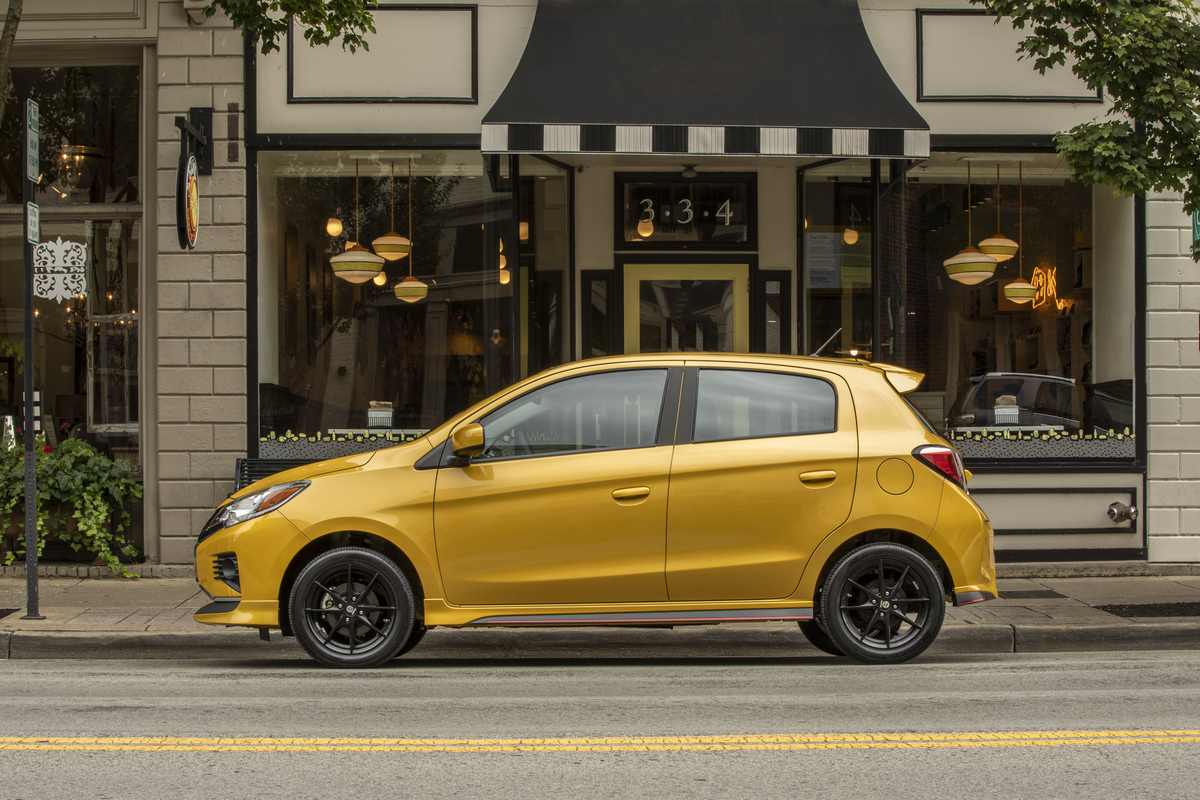