Michael Dodge/Getty Images News Introduction Just as much as Ferrari […]

Just as much as Ferrari (NYSE:RACE) is able to deliver jaw-dropping cars, so too the results the company reports are among the least surprising and the most reliable I know of. In fact, Ferrari’s business model is such that it delivers steadily growing results that can be quite easily forecasted by those who follow the stock. By keeping volumes low, Ferrari’s cars are always fully booked, with customers who wait more than a year to receive their model. The luxurious cars are exclusive and with the increasing number of high-net-worth individuals around the globe, demand for one of these is ever-increasing. The consequence is that Ferrari has enormous pricing power.

A few months ago, I shared my initial research on Ferrari, outlining why I think it has a very wide moat with almost no direct competitor and why it is set to perform well even in tough economic conditions. I suggest reading it, as it focuses thoroughly and the company and its business model, with an eye on all its main competitors. Since then, Ferrari’s business model has not changed, so the research is still updated.

My second coverage of the company focused on its dividend history and policy. I am convinced that the company is a good fit for those who invest in dividend growth stocks as it has a good track record of dividend hikes and growing buybacks since its listing. All of this happens with a payout ratio around 35% and plenty of free cash flow that supports a $2 billion buyback program.

Third step. I looked at Q2 results pointing out that they were above expectations and that the company’s guidance seemed to me a bit low, compared to what the numbers were showing. At the time, I wrote:

It was very pleasing to see that Ferrari has now raised its guidance to these numbers, as we will see in a moment.

Finally, I took a dive into what the new Purosangue could add to the company’s sales. This was important to understand, as the Purosangue is the first four-door four-seater luxury sports car Ferrari makes. Many were worried about Ferrari entering into the SUV space with a brand image damage, or with an increase in volume that would dilute the brand exclusivity. In the article, I showed how Ferrari will control volumes while enhancing its pricing strategy to sell a vehicle that will have at least a 5% impact on total revenues.

We were all waiting to know some data about the incoming orders for the Purosangue, but Benedetto Vigna, Ferrari CEO, addressed this question in this way:

I know you all are curious about how many orders we already have and how long the order book is. But you also know that we do not provide this kind of detail. Trust me, it is unlike any other. It is way above our most promising expectations.

I frankly think there are no reasons to believe these words are not true.

Let’s work backwards this time, starting from the guidance and then moving backwards to look at the quarterly results.

As we can see, Ferrari now forecasts to reach €5 billion in net revenues, in line with the estimate I gave. The EBITDA is expected to be above €1.73 billion, a little bit below my estimate but not so far away to make me think €1.8 billion can’t be achieved. The same is true for EBIT, while the EPS estimate I gave of €5 is now confirmed by the company, just like the free cash flow.

I am not writing this to brag, but to prove something I have said more than once about Ferrari: it is a stable and predictable business, whose growth can be accurately forecasted by using the available data.

Why was it possible for Ferrari to raise its full year guidance? Thanks to the results it is achieving and to the strong control it has over its order book.

As we see from the highlights slide below, Ferrari increased its shipments by almost 16% while its net revenues increased by 18.7% YoY to €1.25 billion. EBITDA, EBIT and EPS are all up double digits, while the industrial free cash flow decreased by 10%.

As strange as it may sound for a company that is 75 years old, Ferrari reports numbers that are not those of a mature business that is turning into a stalwart, but rather, it seems a company that is still in growth mode, especially if we consider it like an auto manufacturer.

Let’s go back to the only negative number: industrial free cash flow. Is this reduction a flaw in what would have otherwise been perfect results?

I don’t think so. In fact, if we look at the previous third quarters, we see that in 2019 the company reported €138 million of industrial free cash flow, while in 2020 the number decreased to €77 million. Last year, though the quarterly EBITDA from industrial activities only was €361 million, compared to the €424 million of the past quarter, Ferrari had a positive change in working capital of €74 million against the €21 million of this year. This is due to the fact that last year the working capital was mainly sustained by a collection of advances on 812 Competizione, while this year the company has just started collecting the advances on Daytona SP3. Since capex changed YoY from €189 in 2021 to €198 this year, we see that the main difference that led to a €23 million decrease in industrial free cash flow comes mainly from the change in working capital, and it is not actually concerning, given the fact that the EBITDA grew. This is how the company explained this data during the earnings call:

[Our industrial free cash flow generation] was partially offset by €198 million of capital expenditure that are progressing in line with our full year program of about €800 million. In the quarter, the capitalization ratio of our development expenses was approximately 45% increase versus the prior year also as a result of the cap research spending in Formula 1. Net industrial debt as of the end of September 2022 was €256 million, decreased by €130 million compared to June 2022, reflecting the solid industrial free cash flow generation net of the €85 million of share repurchases.

These words are important because they also prove that Ferrari has enough cash to pay down its debt and keep on repurchasing shares. This leads me to one of my favorite graphs in Ferrari’s quarterly presentations: the financial leverage historical trend. We see a company that, though it is investing massively, is able to bring its financial leverage to very low ratios, which makes the company a true fortress in terms of balance sheet safety.

Finally, in our backwards path, let’s look at shipments. This quarter the product mix was impacted by the lack of Icona (the Ferrari Monza phased out in Q1 this year) and softer range model mix, partially offset by personalizations and country mix. As we can see, while EMEA was flat, the Americas grew and Mainland Chine, Hong Kong and Taiwan had very significant increases as a result of fewer lockdowns.

The company reported that deliveries increased mainly by the 296 GTB, which was in the ramp-up phase along with the A12 competition. The Ferrari Portofino M and F8 family also reported delivery growth, while the contribution from the SF90 family.

However, what is interesting is that personalization was at around 18% in proportion to revenues from cars and spare parts. Some analysts tried to make the company disclose some additional data about Purosangue personalization, assuming that it may impact as much as 25% on the sales. This is how Mr. Vigna replied:

Let me tell you one thing that the Purosangue has a lot of accessories, a lot of optional, a lot of opportunities of personalization because we have been reaching the offer. I mean we — I mentioned just one that is very interesting is electrochromic glass roof. It’s very, very interesting. It’s very well appreciated.

This makes me think that, even though Ferrari may not reach a 25% it could be above 20%.

The discounted cash flow model I shared in my past articles is still accurate as it forecasted €700 million in free cash flow for this year. Thus, I still stick to it and share it once again.

I’m expecting over the next five years to see Ferrari’s FCF to grow at around 10% a year and then keep on growing at just more than 4%. It might seem generous, but Ferrari has the strength to keep up with these numbers. I reach a price target of $260 that, while it showed a 23% upside a few months ago when the stock was trading at $211, it now implies a 40% upside. This is why I keep on rating Ferrari as a strong buy, making it a cornerstone of my portfolio. 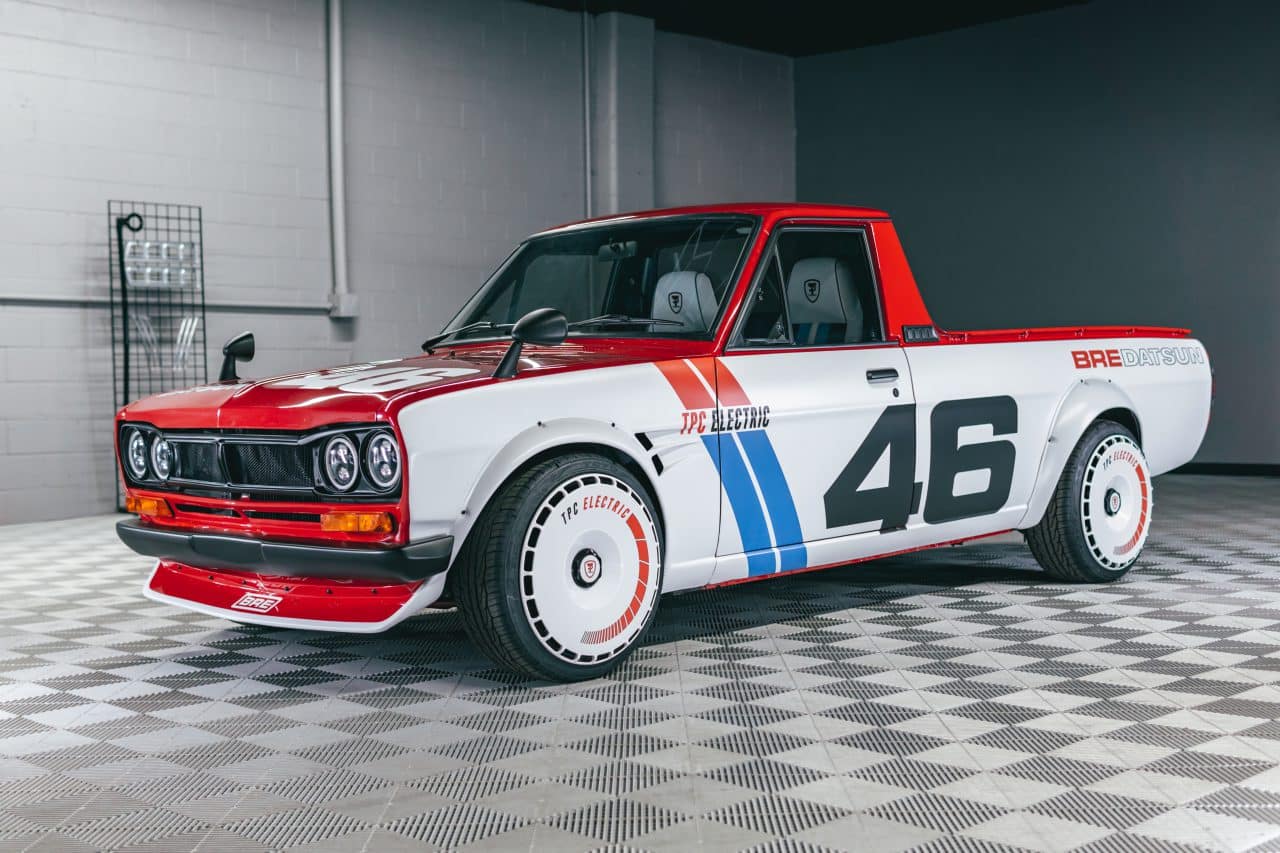