Braden Schiller (left) sits with his son Atticus James on […] 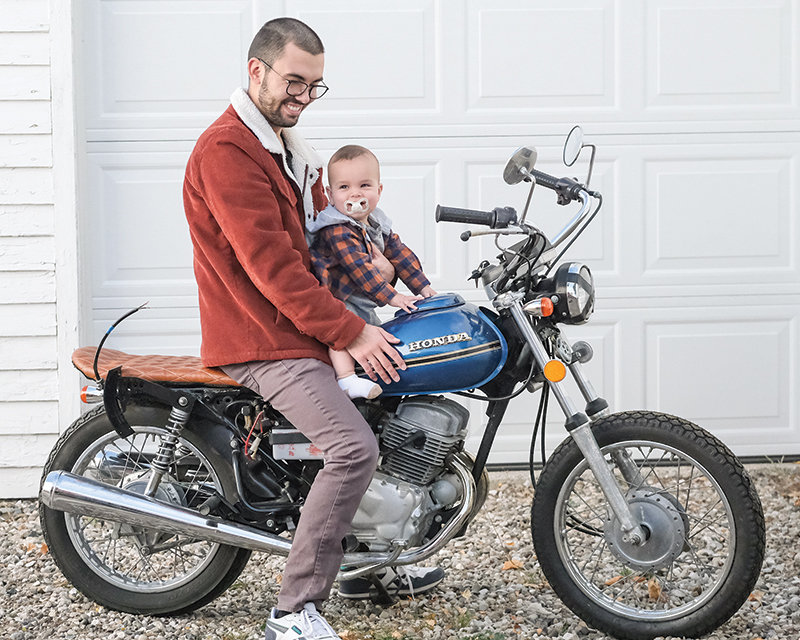 Braden Schiller (left) sits with his son Atticus James on
a nearly completed 1978 Honda Twinstar. Braden began the project shortly before his son was born. 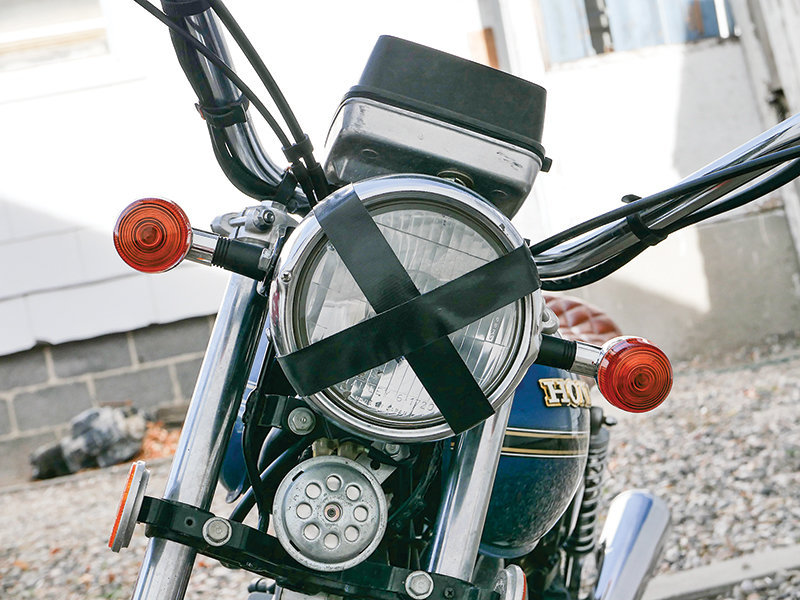 The motorcycle’s headlight has been taped, a characteristic of early cafe racer builds to prevent flying glass if a rock were to shatter the headlight. 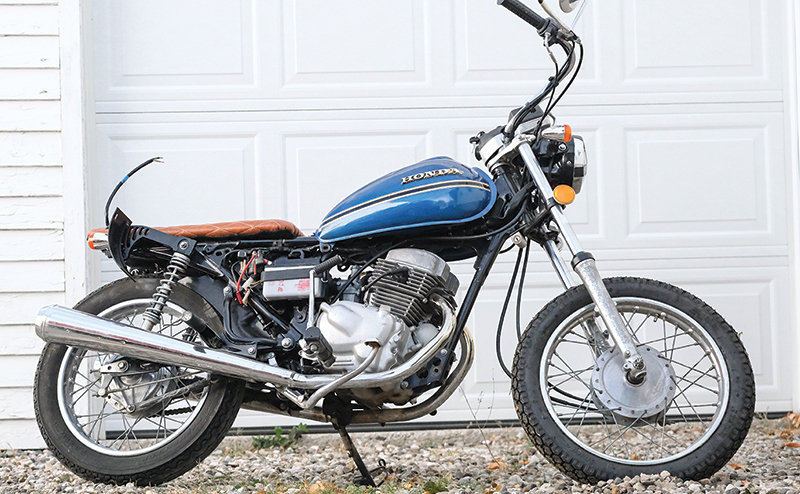 This Honda Twinstar has been significantly altered in comparison to the original model which featured upright handlebars, extended turn signals and oversized crash bars.

This past year has been a busy year for me. I welcomed my first son, started a new job and bought a motorcycle.

Yep, I just mentioned motorcycles and babies in one sentence. No, I don’t have experience riding motorcycles either. In fact, the first thing I did when I got my 1978 Honda Twinstar motorcycle home was to begin tearing it apart. I didn’t even test drive the moving mass of engine and exhaust pipes. I brought my own personal test driver with me.

Since I read my first Ghost Rider comic as a kid I had always wanted to own a motorcycle. My freshman year in college I read Robert M. Pirsig’s “Zen and the Art of Motorcycle Maintenance.” In the opening chapter he wrote about the value of driving a vehicle that forces you to be a part of the scene, unlike a car in which you are separated from the wind and the fresh air, simply moving from Point A to Point B. I have always been one to search out experiences and now I really wanted a motorcycle.

Shortly into pregnancy my wife conceded and agreed that I could buy a motorcycle if I bought it as a project and made it my own. Deal. I read every article and book I could get my hands on. Last fall an ad for several vintage motorcycles came across my Facebook page — this is just what I had been looking for as I decided I wanted to build a cafe racer. A cafe racer is typically a vintage style motorcycle that has had the extra weight and decorations stripped off. It usually has a flat bench style seat and is made for quick sprints and trips around town. I was ecstatic.

Fear struck when I realized I would not be reliable to test drive a motorcycle I didn’t own. I had driven a dirt bike 10 years ago but I didn’t think that would inspire confidence in the seller. So I called up a friend of mine who is very familiar with motorcycles. He and his 1-year-old son were happy to help their incapable friend.

After my friend endorsed the bike by calling it a “kick in the butt,” (we’ll say butt, as this is a family newspaper after all) it quickly found its way into my garage.

For the past several months I have been working on the motorcycle in my free time and it’s taught me a lot. For instance, if the motorcycle has mostly original parts and looks like it may have never been fully taken apart, check the tightness of the grommets (rubber seals that secure the bike to the frame) when removing the tank to drain it. Otherwise the force required to disconnect the tank from the frame may also disconnect it from other tubing and theoretically cause gasoline to spill everywhere. This is a hypothetical, I definitely did not do this.

In another hypothetical situation if you are able to find a maintenance-free battery rather than one that requires pouring battery acid, opt for maintenance free. Battery acid is difficult and dangerous to install and may hypothetically require lots of baking soda to clean up.

When I successfully removed and drained the tank with no issues whatsoever I began removing all of the excessive ’70s affectations that just would not do. This included a bulky leather seat, oversized crash bars, handle bars that were rotated to look like they belonged on a chopper, and fenders. I disconnected the wiring to the old turn signals and installed slicker, more form-fitting ones. The bike is nearly done now, and when I can figure out why my newly installed tail light won’t turn on all I have to do is learn to drive it. Gulp.

Ferrari Stock: I Can't Afford Car, But I Can Buy The Stock (NYSE:RACE) 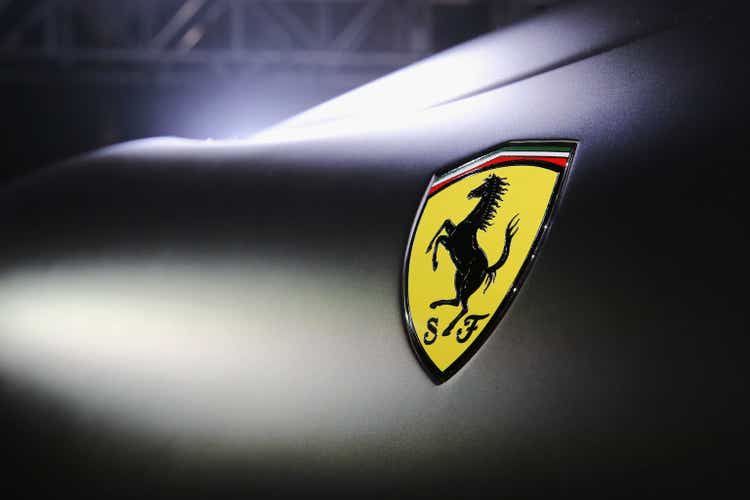