Tēnā koutou, hope you’ve all had a great week. While […]

Tēnā koutou, hope you’ve all had a great week. While the rest of Aotearoa has gone to level 2, here in Auckland we’re still in one of the world’s strictest lockdowns (but secretly still enjoying the low-traffic bike rides). Here’s our roundup for the week.

In case you missed them – GA’s  stories this week

We’re trying something new, and offering you a link to the four stories we’ve published this week:

On Monday, Jolisa wrote about the things we’re experiencing moving around the city in Lockdown, and how important it is for everyone to recognise and remember those feelings.

On Tuesday we had a guest post from Nicolas Reid about opportunities and issues in implementing road pricing.

Wednesday’s story was a hot-of-the-press review by Matt of the National Land Transport Plan for 2021-2024, which was released by the Government on  Tuesday.

A reader of GA recently took park in a Waka Kōtahi ‘travel choices survey’. What they found in the survey was a worrying bias towards car drivers and the speed of trips. They sent a response to to the survey company nearly four weeks ago, but have not received a reply, so they have shared it with us:

I was selected to take part in your New Zealand travel choices survey. I agreed as I wanted to help shape the future of travel in New Zealand.

As background, I am a retired social scientist and a big user of trains, buses and cycling. I am deeply concerned about climate change and the task ahead to dramatically decarbonise the transport sector.The interviewer was efficient and helpful. However, the survey itself left me deeply troubled. I did finish it, despite my preference to stop.

There was no opportunity to talk about sustainable transport options and how these could be improved. It seemed the survey had been designed primarily for car drivers.

When I went through the train section I felt totally insulted. There were a series of bizarre questions of trade offs between more frequent trains versus slower trains. The pricing options were also confusing. If we are to decarbonise we need trains that are both frequent and fast. They also need to be affordable if we are to attract people out of cars.

The roading section gave no opportunity to say that we should not be building new roads. It was all about roading improvements, which could well have included new road building. The tradeoffs were all about safety – but trading off injuries versus deaths seemed odd. There was no opportunity to add emission reductions into the discussions.

As a regular cyclist – in fact my main transport option – I was not asked how cycling infrastructure could be improved. I found the whole survey badly designed and contemptuous of public transport users. It gives me no faith that Waka Kotahi is up to the job of supporting the shift to a low emissions economy.

If you also took this survey, please let us know your thoughts in the comments.

The thing about parking

Parking’s been on our minds recently, and it’s been on Simon Wilson’s mind too – his Herald column this week was all about parking, and how the vast amounts of free company parking available in the city is creating both congestion and emissions.

What would be the single most effective way to reduce driving in the inner city and surrounding suburbs? How about eliminating company car parks? Just keep the few where the need is real. My column tomorrow, @nzherald pic.twitter.com/CoFNGys7NN

The article’s paywalled, but well worth a read if you can get into it. He talks about the example of Genesis Energy, which moved its 485-person head office to Wynyard Quarter, and in the process got rid of staff car parks and company cars, replacing them with an EV car-share membership, subsidised HOP cards, and change facilities for workers who biked, walked or ran to work.

You might remember that in last week’s roundup we wrote about the Planning Committee’s review of advice around removing parking minimums. This analysis from Heidi follows on from that, looking at the missed opportunity of parking levies.

AT are reviewing the Parking Strategy. One major new item they need to include is parking levies. Frankly, there’s no justification for the legislation not being in place by now to allow this. The ARC had recommended parking levies be introduced back before AT was formed, but then I believe AT – undemocratically – made the decision not to pursue the idea because businesses didn’t like it. When they declared a Climate Emergency over two years ago, this should have been first off the rank in Council’s advocacy to government.

Back in 2007 there were 40,463 private car parking spaces in the city centre (see chart below). It’s probably similar now. If Council introduced a levy in the city centre at Sydney’s rates (NZD2677 per year), that initially would reap $108.3 million a year. However, we could expect 10% of parking spaces to be quickly taken out of commission to avoid paying the levy, as was recorded in Perth. After this likely drop in spaces, Auckland would still see $97.5 million revenue per year.

This is a significant revenue stream that would help provide sustainable active and public transport options for many more people. Workplace levies city wide (at a lower rate) would also be powerful in encouraging modeshift.

The sounds of the city, driving us mad

Obligatory lockdown mention – hands up if you’ve stopped to listen to the birds singing in your street in the last few weeks?

It turns out that ongoing high-decibel urban noise does have a long-term effect on our health. A study reported on in The Guardian found that transport noise is linked with increased risk of dementia:

Researchers investigated the association between long-term residential exposure to road traffic and railway noise and the risk of dementia among two million adults aged over 60 and living in Denmark between 2004 and 2017. The level of exposure at the most- and least-exposed sides of buildings was estimated for every residential address in the country.

After taking account of potentially influential factors related to residents and their neighbourhoods, the study concluded that as many as 1,216 out of the 8,475 cases of dementia registered in Denmark in 2017 could be attributed to transport noise.

Last week’s roundup featured some apocalyptic videos of flooded streets and subways in New York during Hurricane Ida. The entire subway system was shut down, and many streets impassable. So people turned to bikes to get where they needed to go: CitiBike, New York’s public bike share system, set a record for trips taken in a single day.

Transport Minister Michael Wood announced a new compensation scheme for businesses affected by the CRL works. This is encouraging, and sets a precedent for making business owners feeling more comfortable about the disruption from the likes of light  rail. As noted in the tweet here, direct financial compensation for businesses experiencing disruption could have cost advantages too.

Kainga Ora is quietly building a lot of homes in places like Mangere and Mt Roskill at the moment. Stuff featured one of their latest projects this week. It’s a 3-storey apartment block on Bader Drive in Mangere which also happens to be a pilot project for Kainga Ora to learn how to do passive housing development.

Homes will be airtight and regulate their own temperature through smart design, the use of high performing construction materials, and a ventilation system with heat recovery that not only maintains a steady temperature but also reduces moisture, creating a dry, healthy living environment.

Other special features reduced thermal bridging with thermally broken door and window joinery, which help maintain a constant air temperature of 20 deg C all year round.

Are there any Nelsonians in the GA readership? We’re intrigued to know what you think of your new City Centre Spatial Plan. It includes a strong focus on creating streets for people, making the city centre into a place to stay and spend time, and providing a variety of type of homes in the City Centre.

If you need to calm your nerves, or just wind down today, watch this video in full, with the sound on:

*as someone said, after watching this: ‘it’s like a scene from a Richard Curtis movie!’

After last week’s campaign to add temporary walking and cycling space on Tamaki Drive for lockdown-constrained Aucklanders found whole-hearted support on facebook, we got this smart idea from Councillor Richard Hills:

Hospitality under Delta 2 will be 50 inside but 100 outdoors.

I’ve emailed @AklCouncil @AklTransport @Auckland_NZ @PanukuAKL CEO’s & others to ask them to work on ways to allow businesses to access road space, carparks etc to be used for outdoor dining.

As seen in many cities!

It’s been done all over the world, and the response to Councillor Hills’ idea was enthusiastic on Twitter. Summer’s on its way, no-one’s going anywhere for the  forseeable future; surely this is the perfect time for some hospo reallocation trials?

No this one’s not about Lorde (who’s just released 5 songs from her latest album in Te Reo, incidentally.) It is actually about solar power – in Vietnam, which has seen a huge growth in rooftop solar panels through:

Well designed and executed supporting regulations and policies such as feed-in-tariffs (FiT), tax incentives and waiver of land lease are considered the underlying factors driving renewable energy (RE) growth, especially solar, in the country.

Vietnam’s next challenge is to electrify the transport sector to tap into that solar growth.

On the train to Sum(n)er

It’s worth remembering that it wasn’t that long ago when our streets and infrastructure served all kinds of modes of transport, and weren’t dominated almost entirely by cars. Here’s a cool look-back into transport infrastructure past in Ōtautahi (Christchurch):

That’s it from GA this week. If you’re in Tāmaki, hope you make the most of those lockdown streets however you can;  if you’re anywhere else – have a takeaway coffee for us! 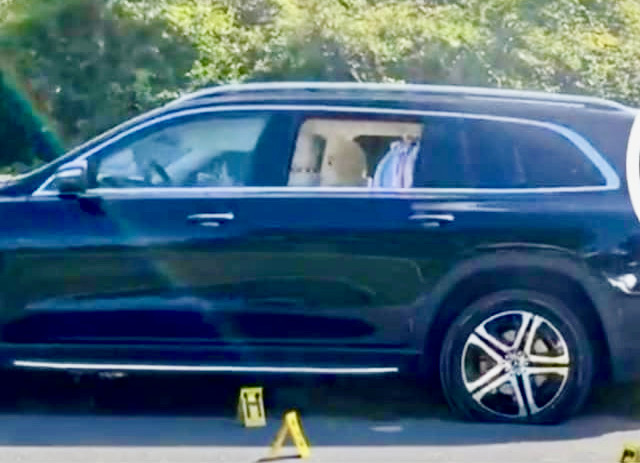