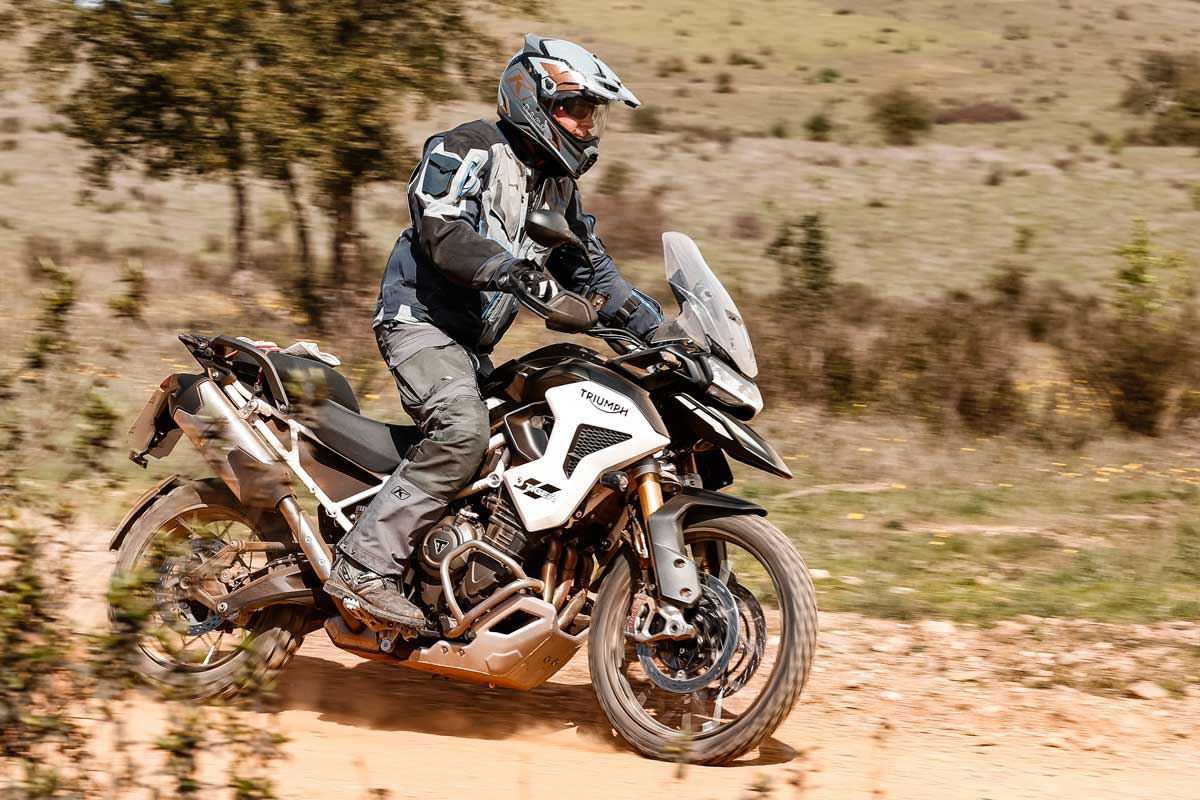 Last year was exciting in the adventure motorcycle world with the likes of the Ducati Desert X and Aprilia Tuareg making a splash in the middleweight category. And rally raid inspiration is now the theme with several manufacturers playing on Dakar nostalgia.

Onboard technology and electronics move forward into 2023—from TFT displays to clever features like Hill Start Assist—adventure bikes are now techier than ever (for better or worse).

This year’s trends are just as eclectic as 2022’s mix of nostalgia and progress. Brands like Benelli are 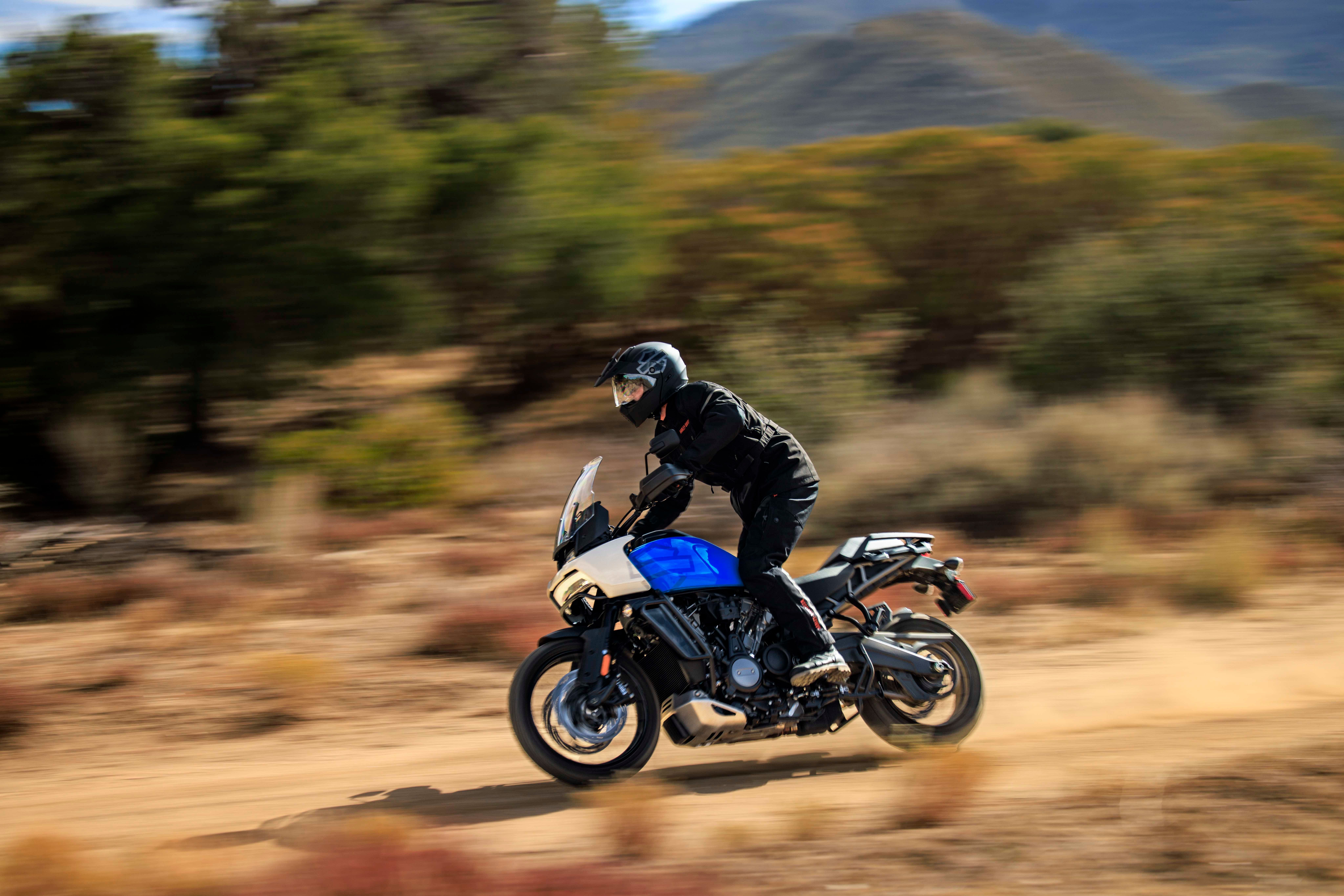 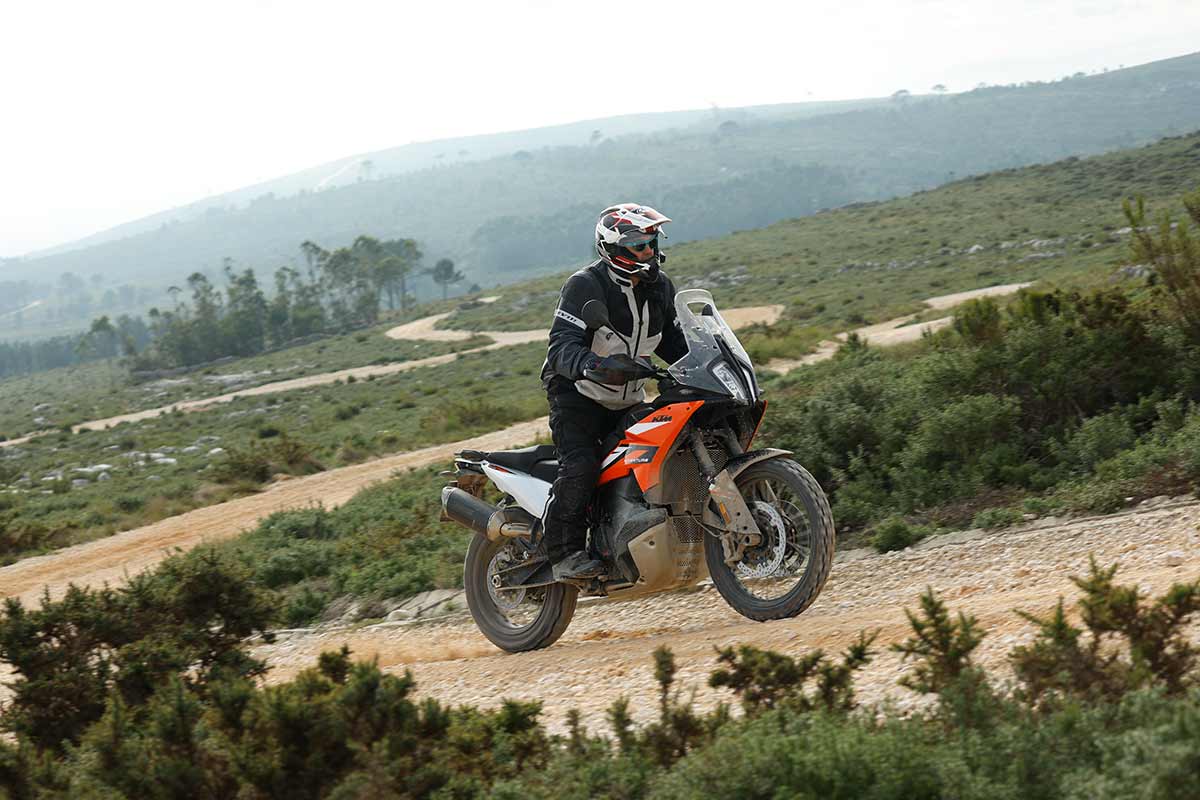 KTM brought us to Óbidos, Portugal, to ring out the new 2023 890 Adventure on a wide array of country twisties and a ton of super-fun off-road routes at various elevations. Let me assure you that the big orange brand knows how to engineer a crazy-fun and powerful parallel twin which is now lighter, more compact and puts out more ponies. With redesigned bodywork, seat, TFT display and more updated features, there’s a lot to like in this new iteration of an all-round favorite. 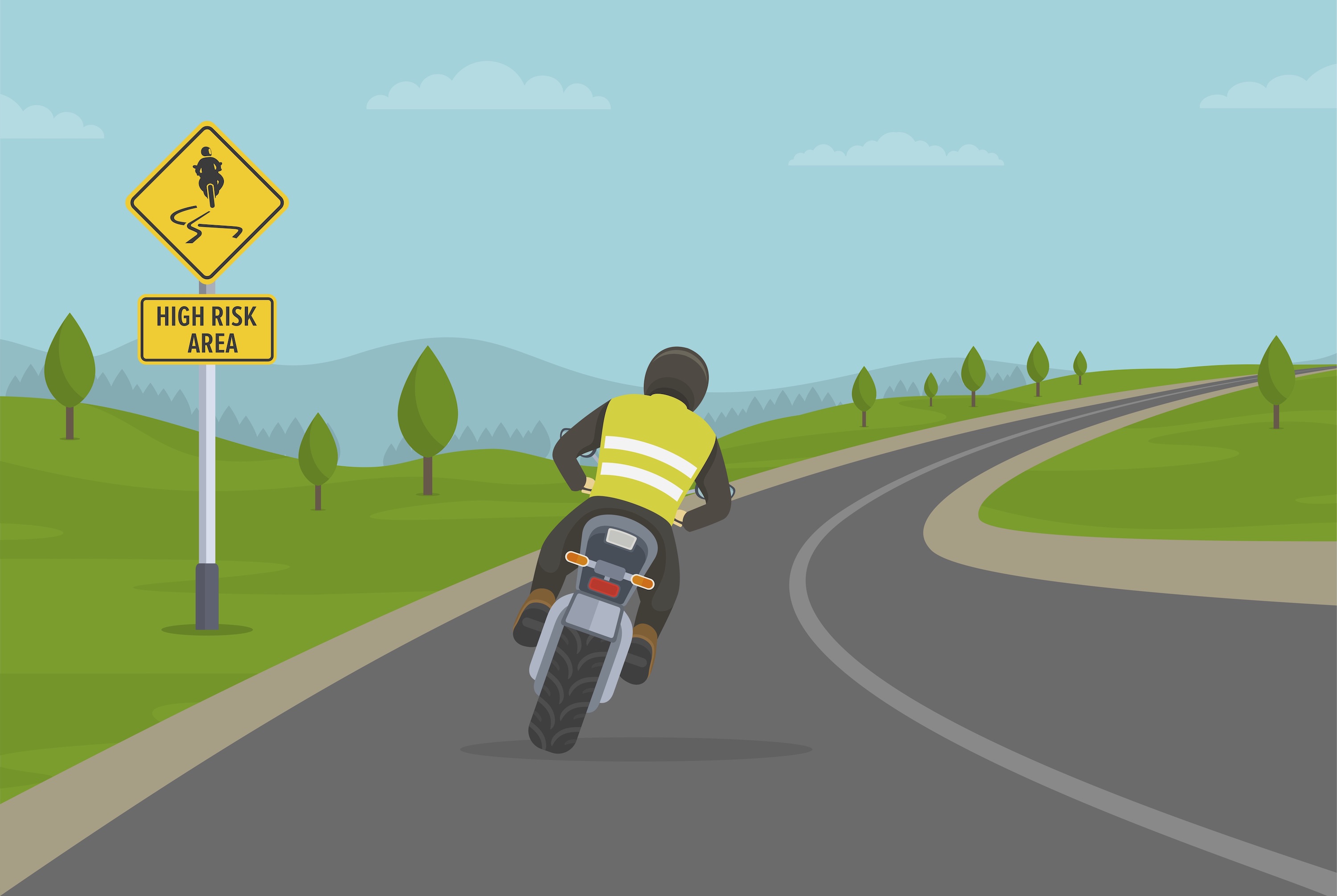 Proper setup is crucial for safety and fun on a motorcycle, especially when adventure touring.

Motorcycle suspension has a threefold role. For one, it enhances comfort by isolating the rider from road imperfections. Second, it stabilizes the motorcycle in various conditions and during steering maneuvers. And third, motorcycle suspension helps the tires stay in contact with the ground for optimal traction and performance.

Accelerating, braking, and changing direction can only be executed if the tires have sufficient grip. Each time a bump or dip makes a wheel momentarily 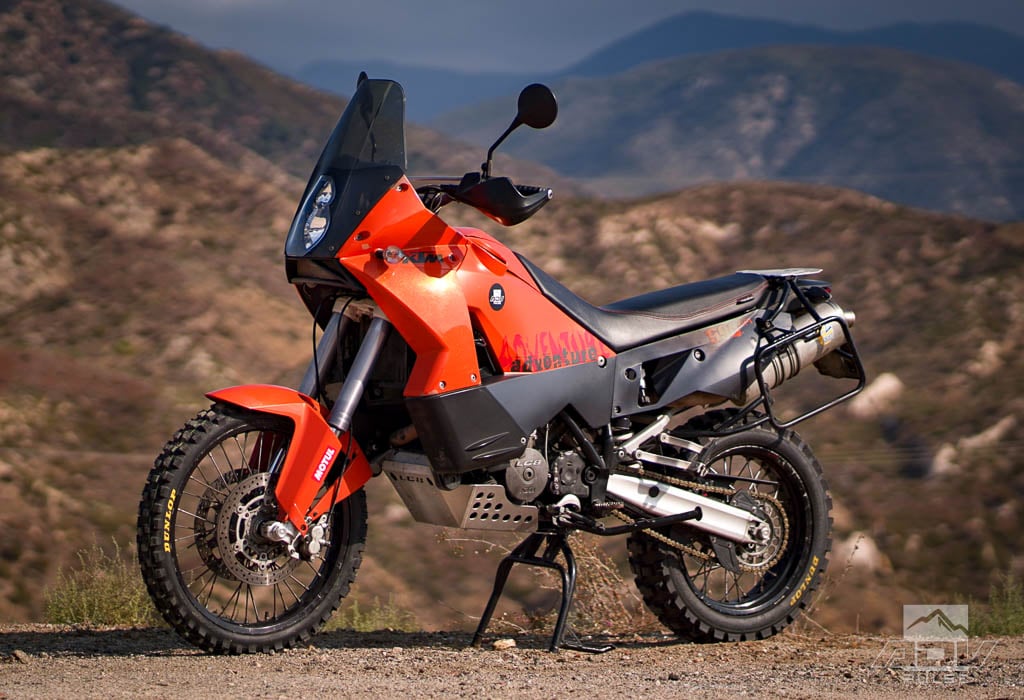 “The most dangerous motorcycle ever built.”

This is a paraphrase, or maybe the exact title, from a magazine review I remember reading shortly after the KTM 950 Adventure S was first introduced in 2003. Obviously, I was intrigued. The author was waxing ironic by indicating that the engineering in this oddity of adventure motorcycles was of a level that allowed the rider to do things most likely beyond their abilities. Rolling along at what you think is a comfortable pace on a relatively smooth, curvy dirt road, and looking down at the speedo to see you are doing 130 mph 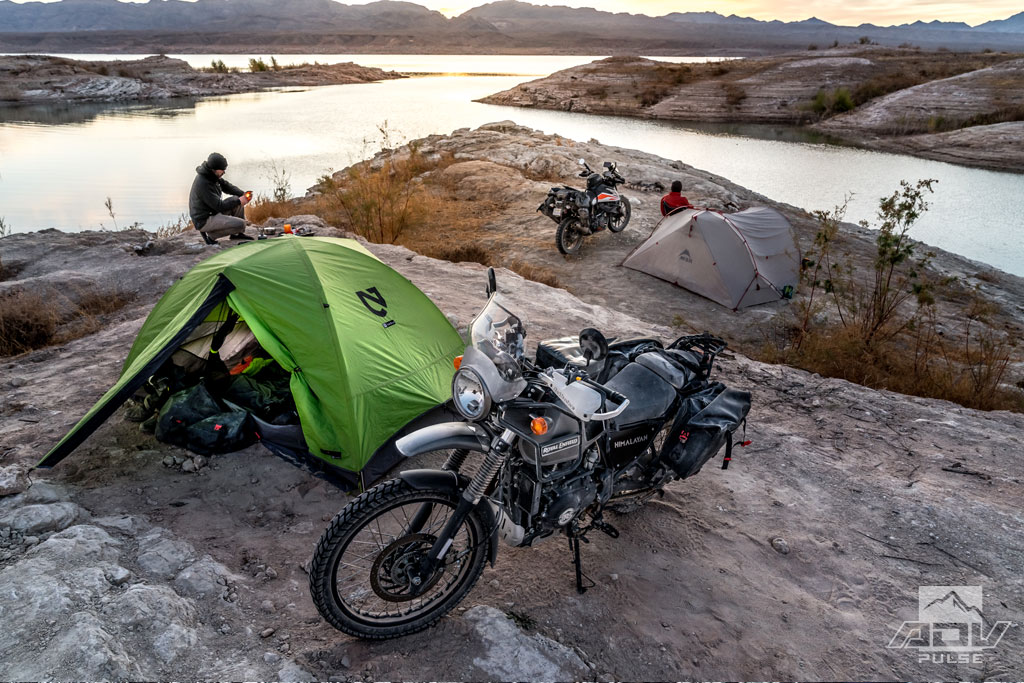 ‘Tis the gifting season once again, and what better way to help the adventure riders in our lives (heck yeah, that includes ourselves) feel the holiday joy than finding the perfect riding-themed gift? To help with ideas, we’ve curated a Santa’s list that hits all the marks, from keeping you connected to keeping you warm; helping with maintenance, improving safety and even upping your campsite cooking game.

When is gifting a cool, purpose-built backpack ever a bad idea. REV’IT! worked with Kriega to develop its Arid 9L H2O backpack. The design incorporates