The secret of happiness is to find a woman who […]

And to make sure those four women never meet.

The secret of happiness for motorcycle manufacturers, meanwhile, is to create a great engine, then use it in a variety of bikes.

Well, Harley got the first bit right with the smooth but characterful 1250cc beast in its Pan America, launched earlier this year and a very impressive first pop at an adventure bike from a company best known for traditional cruisers.

And now it’s tweaked that engine and slotted it into the Sportster S, the most powerful version of the Sportster range which started in 1957 and has been through 750, 883 and 1200cc versions.

For this one, Harley’s changed the top end of the engine to reduce the power from 150bhp to 121bhp, but given it more low and midrange torque.

And a good thing too, since its research showed that riders spent virtually no time at all at maximum throttle and power, and usable torque lower down is a much happier place for powering away from the lights and corners and overtaking.

Walking up to the bike, it certainly looks the part, as sleek and muscular as a leopard on steroids.

It comes in three colours, one of which Harley describes as crimson, but which is actually a rich, chocolatey brown, which combined with the Harley lettering on the tank makes it look like a Snickers bar.

Mind you, since the Moto Guzzi V85TT looks like it’s made from liquorice allsorts, it can only be a matter of time before the Triumph Twix and Honda Haribo are in the shops, ready to ride and nibble.

Good idea, too – an edible motorcycle would have come in very handy for the days when I was a trifle peckish in the Atacama Desert on my ride from Chile to Alaska for the book The Road to Gobblers Knob.

Anyway, where was I? These columns would get written a lot quicker if I didn’t keep interrupting myself.

Ah yes, climbing on board the bike and admiring the comfortable seating position, just on the sporty side of neutral with the optional mid-mounted footpegs, the fabulous bar end mirrors and the classically round 4in TFT screen.

Clever – The screen links to your phone for navigation

This can link via a Harley app and Bluetooth to your phone for navigation, and has just about enough information, including speed, tacho, gear and which of the modes you’re in – Rain, Road, Sport and two customisable – although rather strangely no fuel gauge, just a warning light which comes on when you need to get some gas, dudes.

Harley reckons on a range of over 100 miles from the 11.8 litre tank, which is at least better than the 7.9 litre one on the company’s Forty-Eight, which ran out of fuel when you left the filling station.

Start up, and although the engine’s been tweaked from the Pan America, it retains the same lovely blend of smoothness and character. If it was a Bond, it would be Sean Connery.

Acceleration is satisfyingly lusty even in Road mode, so you won’t need to go anywhere near the 9,500rpm rev limit for maximum grunt.

The six-speed gearbox is firm but precise enough, and handling, even with that big fat 160mm wide front tyre, is light and neutral, helped by the bike weighing a reasonably light 228kg and a seat height of 753mm, which although higher than previous Sportsters, is still low enough for shorties to feel comfortable.

Comfortable – The mid-mounted pegs are an optional extra

Rather weirdly, Harley’s only used a single brake disc up front, but given the weight of the bike, it’s adequate, although the rear brake was surprisingly wooden, with not much bite and feel for trailing into downhill corners.

Still, cornering ABS and traction control should stop you coming a cropper.

The rear suspension’s adjustable for preload, but even though it was set at medium, the travel is so short that after one particularly rough stretch of road, I’d lost two inches in height and none of my clothes fitted.

Browse more than 19,000 new and used bikes for sale at Autotrader.co.uk/bikes

The only other minor complaint was that the indicator switch, alone among a collection of substantial controls, felt a little flimsy.

Right, halfway point on the ride through the scenic Peak District, and time to switch bikes to one with the standard forward footpegs.

Now, this can ruin a bike, as when Ducati brought out the XDiavel version of the Diavel, and it can work the other way, as when Triumph moved the pegs of the Rocket III back a bit to create the more nimble Roadster, but surprisingly, it seems to suit the Sportster S.

Because your feet are a bit more forward, it makes you lean forward into a more sporty riding position, making handling even lighter. Weird, but satisfying.

It was also time to switch to Sport mode for a significantly more aggressive power delivery, and briefly to Rain during a torrential downpower, which felt safe but sluggish.

For relaxed touring or filtering through town traffic, Road is perfect, then Sport for fun and games in the twisties, where it’s a sportier ride than the Softails in the cruiser range, and both cheaper and more powerful than the 92bhp Fat Boy at £19,995.

All in all, I reckon this is the best Sportster in the type’s 64-year history, and it’ll be interesting to see what other uses Harley puts that great engine to.

Browse more than 19,000 new and used bikes for sale at Autotrader.co.uk/bikes

Tue Aug 10 , 2021
Lotus and the British studio Radford, revived with the participation […] 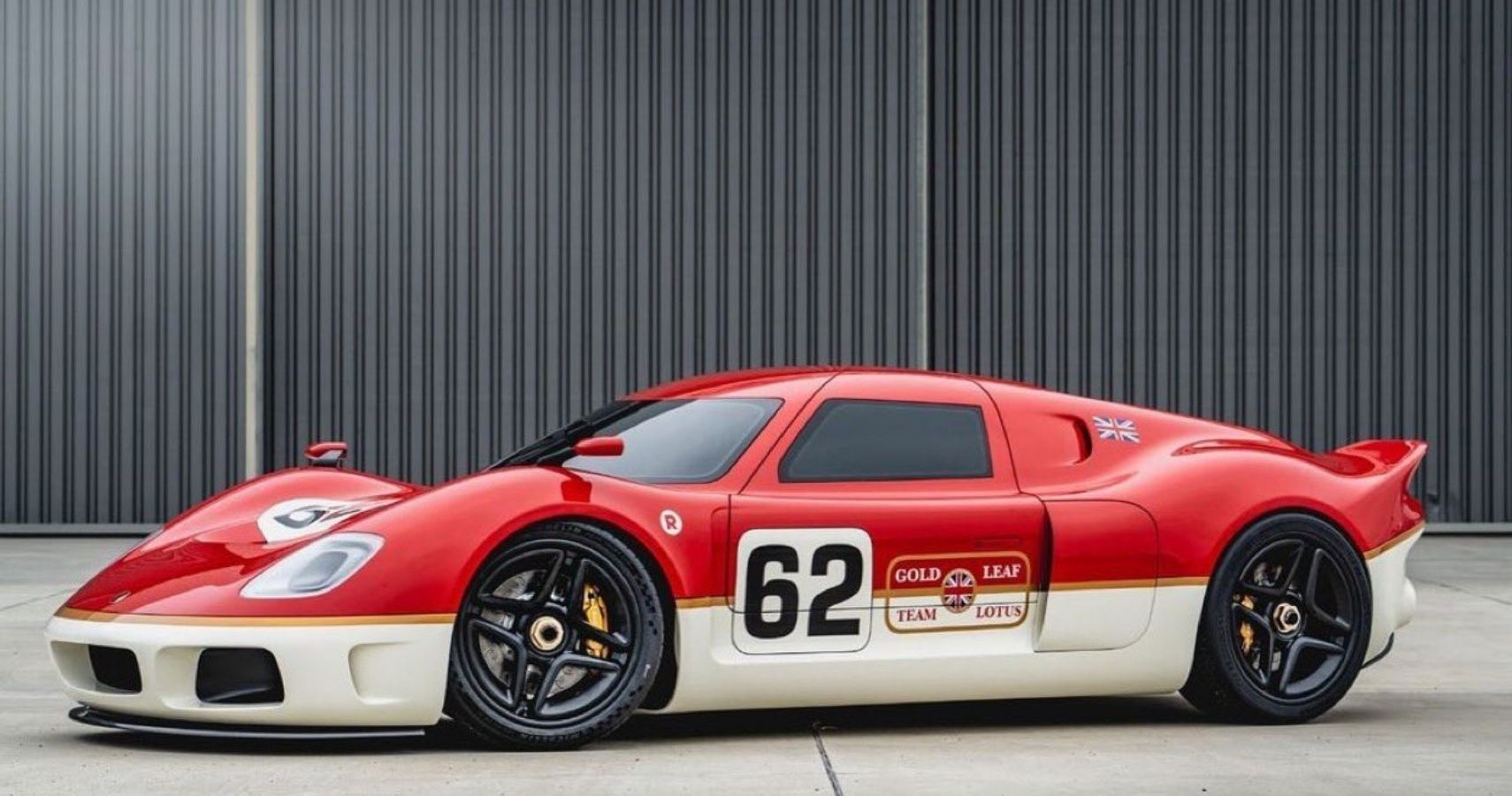