There are rules drivers in Singapore have to adhere to such as avoiding illegal modifications to their vehicles.

Some vehicle owners learnt the consequences of breaking those rules recently when the Land Transport Authority (LTA) conducted vehicle checks at several locations.

Enforcement officers nabbed multiple motorists for illegal modifications. Among them was a driver whose car apparently had ‘confusing’ headlights, an observation which amused many Facebook users.

On 11 Oct, LTA conducted vehicle checks at a few locations, along with the Traffic Police and National Environment Agency (NEA). 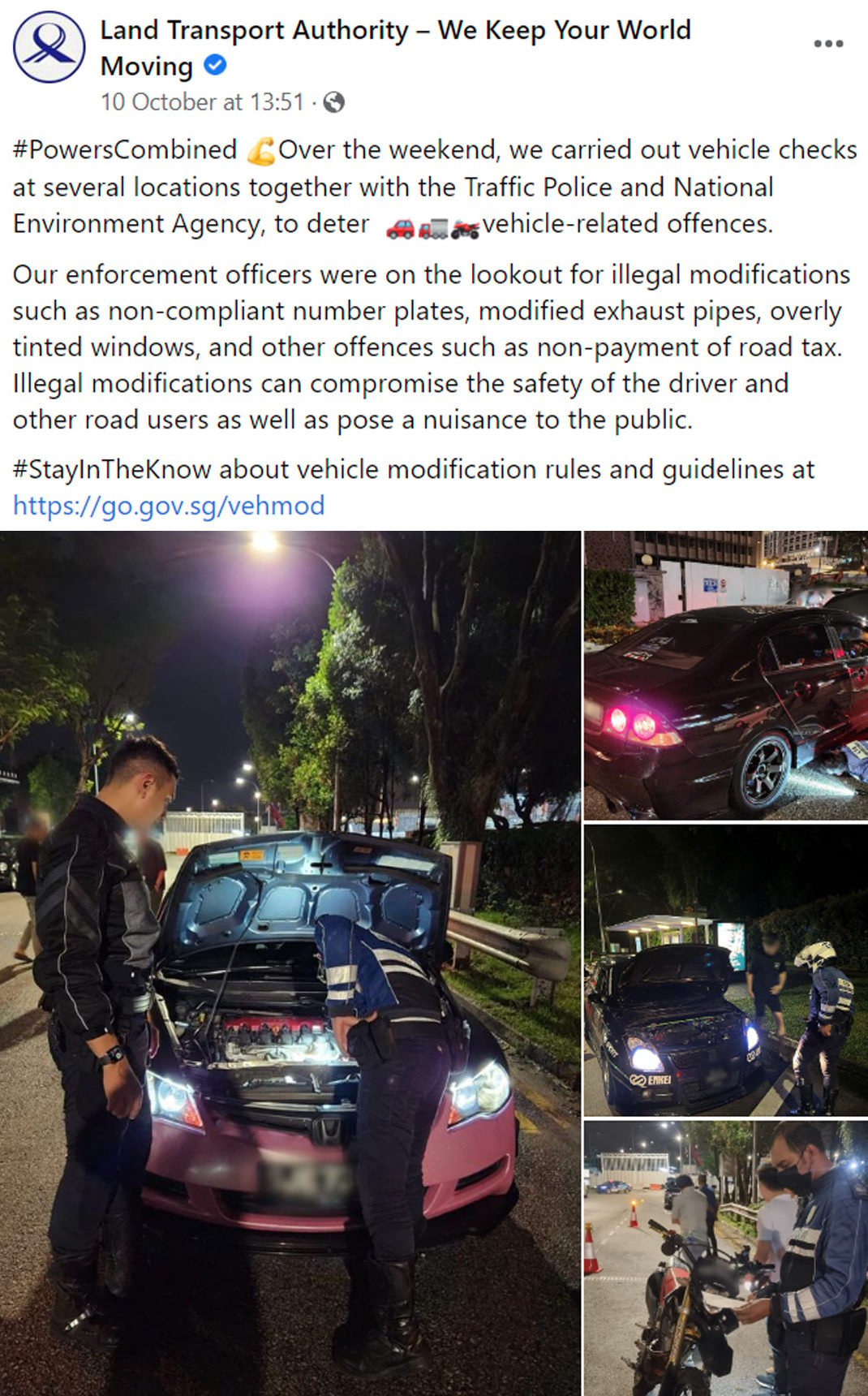 During the checks, they discovered several vehicles with illegal modifications. Non-compliant number plates and modified exhaust pipes were just a few of these offences.

Enforcement officers were also on the lookout for other violations, such as non-payment of road tax.

LTA warned the public of the dangers behind illegal modifications, which can compromise the safety of the driver and other road users.

Among the motorists officers nabbed for illegal modifications was an unlucky driver with bright headlights.

According to LTA, the vehicle’s front lamps were disallowed because they “can be distracting and cause confusion to other motorists”. 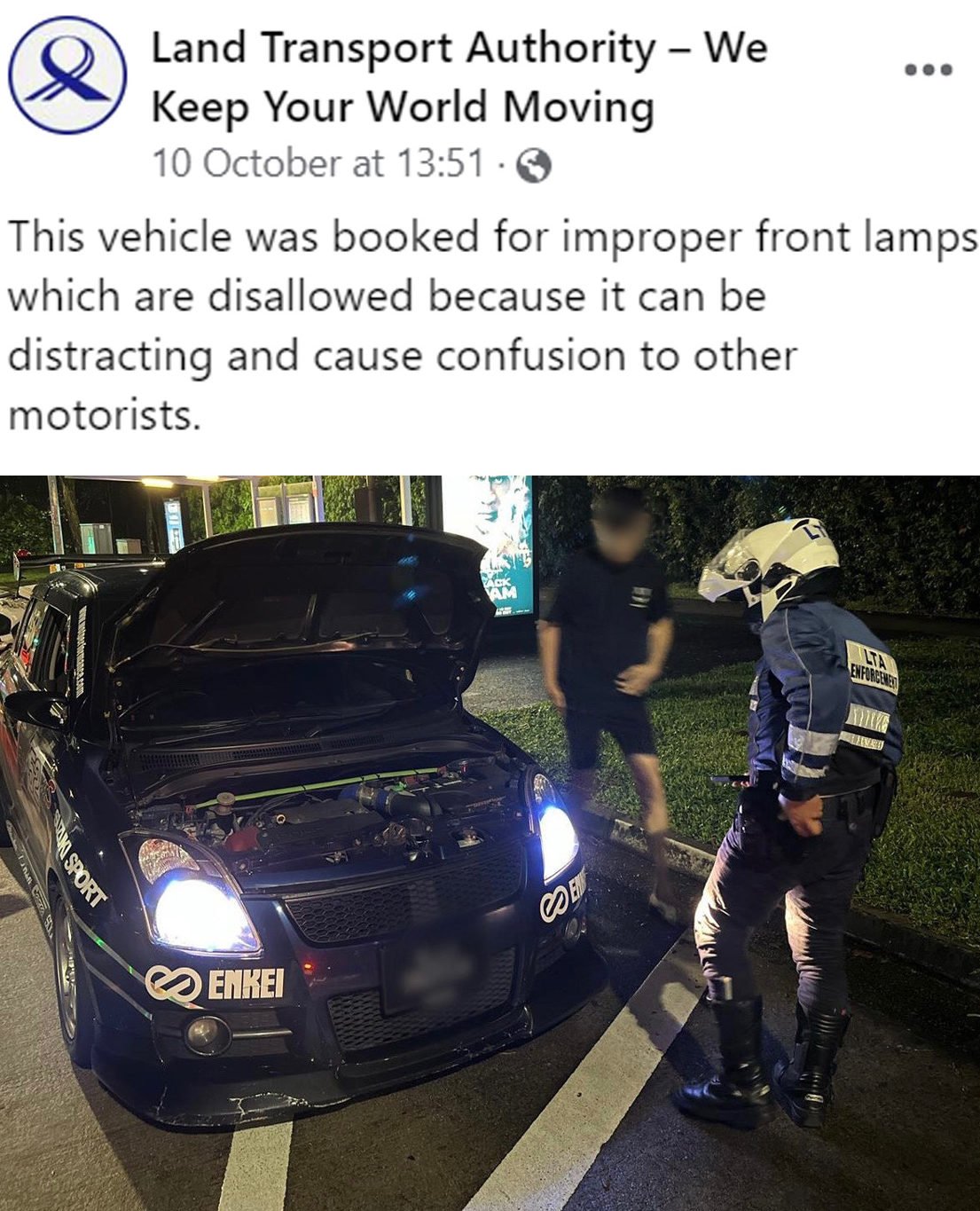 Netizens apparently experienced confusion too, but for seemingly different reasons.

Perhaps unsure of what made the lights ‘confusing’, one Facebook user joked that seeing a car with similar headlights caused them to lose their way entirely while en route to work. They ended up back at home instead.

A motorcyclist, meanwhile, claimed that the car’s headlights confused them to the point that they threw their bike and even did a somersault. 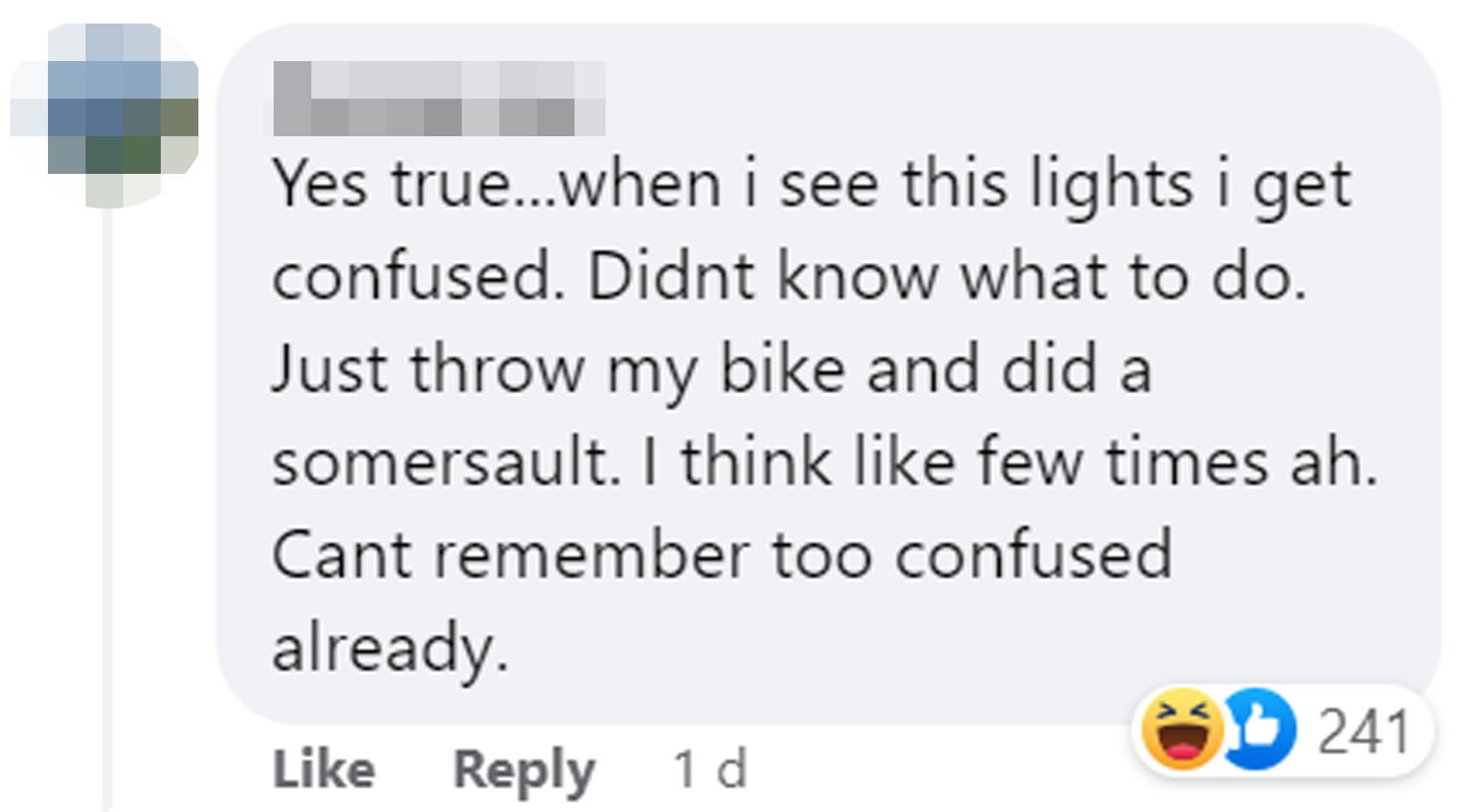 Another user painted a rather wild scenario — that the bright lights caused them to swerve to the road shoulder and become feral after falling into the bushes.

While the online reactions are indeed hilarious, we’re sure that the officers know better regarding the various modifications and why some are illegal compared to others.

Certainly, such enforcement actions are for the sake of public safety. Kudos to the officers for conducting the checks and warning vehicle owners.

Have news you must share? Get in touch with us via email at news@mustsharenews.com.

Will Porsche’s Stock IPO Be as Popular as Its Sports Cars? 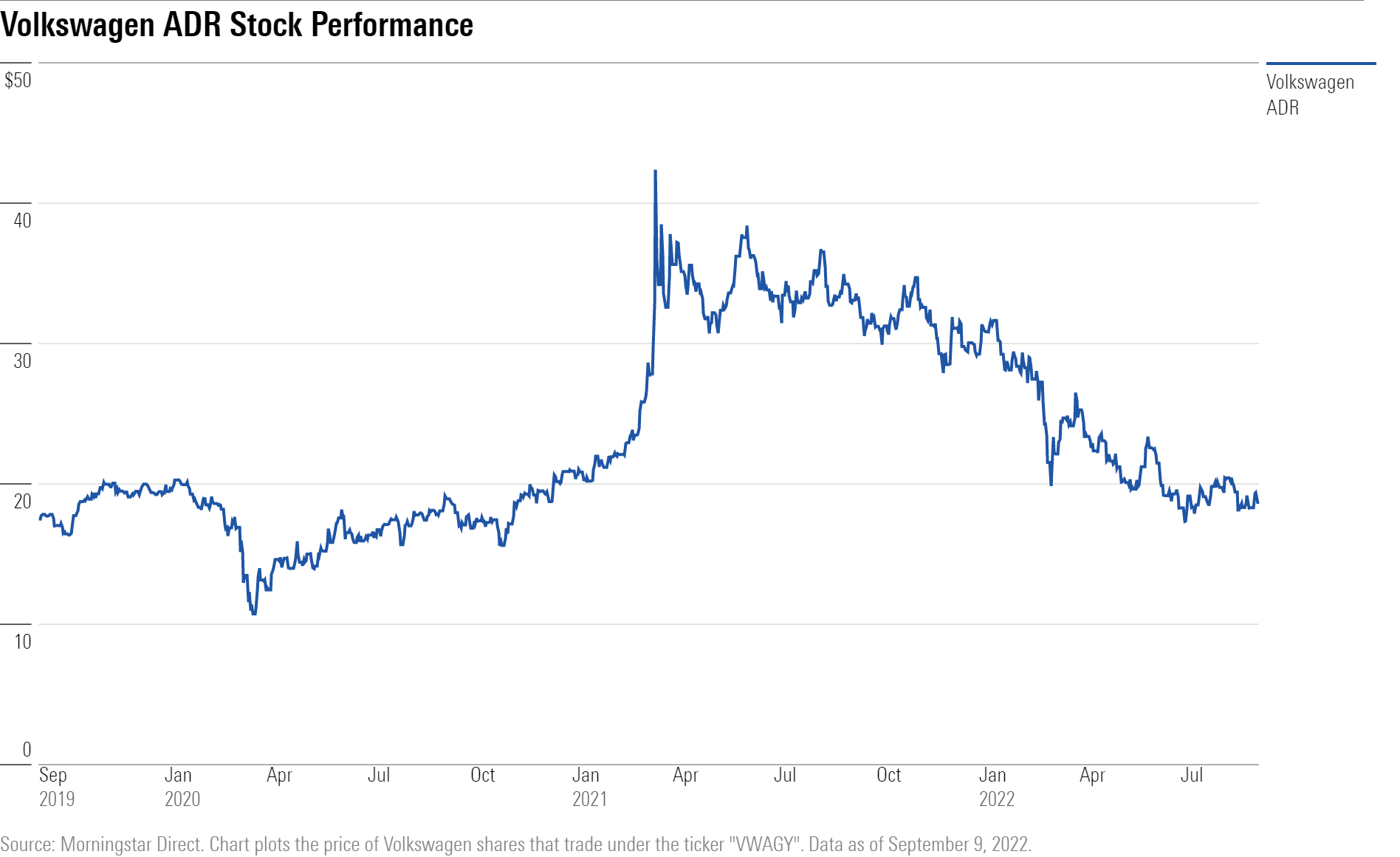