Bob Laishley, an engineer by training, joined Caterham after a […]

Bob Laishley, an engineer by training, joined Caterham after a 25-year career at Nissan just as the 2020 Covid outbreak began.

His first job was to be the company’s part-time chief strategy officer, tasked with finding ways to boost production because it was plain that the company could sell more cars than its usual 500 a year.

In the first months of 2021, the company was bought by VT Holdings, a large Japanese trading group that was, among other things, the Seven’s Japanese importer. Within a couple of months, Caterham’s CEO of 10 years, Graham Macdonald, decided to retire and Laishley, who had been enjoying part-time working but was known through his Nissan connections to VT Holdings CEO Kazuho Takahashi, was persuaded to take on the CEO’s role. 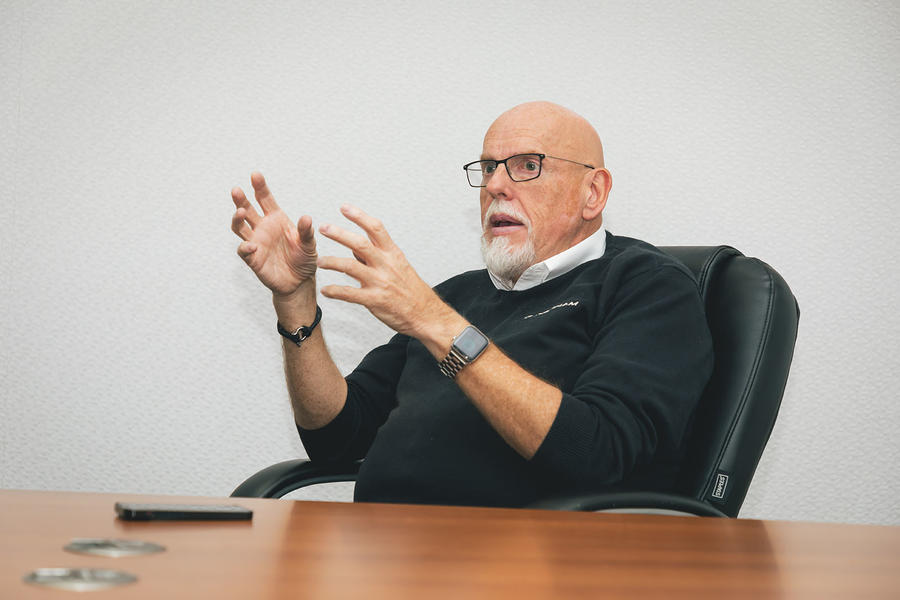 Laishley says he was as surprised as anyone at his elevation. He had moved to Dubai with a view to working in the UK a few days a month, but the prospect of running the little sports car company he describes as “traditional and well respected, with a brand value that’s massively under-leveraged” changed his ideas. He has since moved back to the UK to run the company full time “for as long as I enjoy it”.

Laishley’s key former job – he was one of Nissan’s global project directors, in charge of the Nismo performance car range and of promoting Nissan’s business relationships with other OEMs – has proved invaluable to the Caterham task. He knows enthusiast car buyers well and also has contacts in big companies money couldn’t buy.

“I’m used to being on good terms with people in OEMs,” he said, “because they know me. Normally, it’s not so easy for a little company like ours to say to a giant: please tell me your product roadmap for the next 10 years. But we’ve had some surprising help.”

Sat Nov 5 , 2022
Triumph has announced a shakeup to its ever-popular Street Triple […]