DAYTONA BEACH, Fla. – Before embarking on a worldwide career […]

DAYTONA BEACH, Fla. – Before embarking on a worldwide career that would encompass major-league circuits and crown jewel races(soon to include the Rolex 24 at Daytona), Romain Grosjean had much smaller ambitions.

He was reminded of them when arriving at Daytona International Speedway last week to begin preparing for his debut in the GTD Pro Lamborghini of the Iron Lynx team. Grosjean ran into Franck Perera, a fellow Frenchman who is driving for Iron Lynx’s GTD car in the Rolex 24 at Daytona.

“What’s quite funny is and when I was starting go-karting, Franck Perera was world champion of karting, so I told him today that in my room I painted a poster of him go-karting,” Grosjean, 36, told NBC Sports with a smile. “When I was at that age, I would never dream of doing what I could in Formula One, in Indy 500, IndyCar, Le Mans 24 and Daytona 24. And here I am 20-plus years later.

“And I’m lucky to have participated in all those races and say I’ve got a chance to win some of them. And for me as a guy who just dreamed of racing cars when I was 10 years old, being able to be here 20-plus years later and having done those, it’s just incredible.”

ROLEX 24 DETAILS: How to watch, entry lists schedules for the IMSA season opener

The Rolex 24 at Daytona will mark the beginning of another memorable chapter for Grosjean, who already was an established Formula One driver before he became world-renowned as “The Phoenix” for surviving his fiery crash in the 2020 Bahrain Grand Prix.

He became a U.S. sensation as a hugely popular rookie in the NTT IndyCar Series in 2021 and moved to Andretti Autosport last season.

Over the offseason, Grosjean signed as a factory driver for Lamborghini and will help spearhead its entry into LMDh racing and the Grand Touring Prototype category of the IMSA WeatherTech SportsCar Championship and in the premier class of the World Endurance Championship next year.

He also will be driving full time in IndyCar this year while competing in IMSA endurance events for Lamborghini in GTD Pro starting at Daytona.

Lamborghini has yet to confirm its LMDh schedule next year, but officials have indicated that Iron Lynx likely will run a prototype full time in IMSA and WEC. Asked by NBC Sports whether he could be driving in IMSA, WEC and IndyCar for the 2024 season and if he will be committing to one or multiple circuits full time, Grosjean smiled.

“Who knows what next year is like,” he said with a laugh. “So first we go through 2023. We’re in January. Try to win as many races as we can and then we see what the future is like.”

Having raced at Monaco, Le Mans and the Indianapolis Motor Speedway, Daytona International Speedway will become the latest iconic circuit on his racing CV. Grosjean, whose family moved to Miami a year ago, has had the Rolex 24 circled for a long time, “especially when I discovered racing in the U.S. in 2021 with IndyCar.

“I love the racing around here,” he said. “I wanted to do it in 2022, but I’d just moved houses from Switzerland to the U.S., so I was kind of fairly busy, and I really wanted to be with a constructor for the new era of the LMDh. And Lamborghini was definitely the best option for me.

“Daytona 24 is a big deal on its own, and obviously we’re entering a new era with the LMDh coming with Lamborghini joining in the future for this event. But I’m looking forward to being part of it. I’ve been watching it on TV for a long time. It’s one of those big races in the world. You have the Monaco GP, the Indy 500, Le Mans. You’ve got the Rolex 24. It’s one of those races that you really want to be participating and even better try to win.”

Grosjean has driven twice before in 24-hour races – at Le Mans and Spa in 2010 – but the Rolex 24 still will represent a stark departure from his recent experience in IndyCar and Formula One.

In the 61-car field for the 61st Rolex 24, Grosjean will be in the slowest category and be passed in traffic constantly by the prototypes of GTP, LMP2 and LMP3 on the unfamiliar 12-turn, 3.56-mile road course.

“I think there’s a lot of challenge for me,” he said. “First of all I’ve never driven the Daytona track. I’ve never driven the Huracan GT3 Lamborghini. And of course, we are the slowest class on track, so we have to look for the traffic. Everyone is going be looking after traffic. There are a lot of different cars with LMDh, LMP2s, GTs. It is a challenge. But I like challenges.”

Over five practice sessions in the Roar Before the Rolex 24 test last week at Daytona, Grosjean turned 38 laps in the No. 63 Lamborghini Huracan GT3 EVO2 for the Italian-based Iron Lynx team. His fastest lap (1 minute, 48.548 seconds) ranked 25th among the 32 GTD Pro drivers, about 1.5 seconds off the practice pace.

He will have more opportunities for reps in practice this week and of course over the course of 24 hours as he gets acclimated to watching his mirrors.

“Making sure I understand the traffic and where the fastest cars are going to try to pass us, that’s definitely the key,” said Grosjean, who will be co-driving with Jordan Pepper, Mirko Bortolotti and Andrea Caldarelli. “It’s as hard for the fast car as the slow car. Twenty-four hours is a long time, especially when you go racing.

“It’s quite funny very often you see the night coming, and midnight and think, ‘Oh, we are almost at the end.’ But no, we’re halfway. So 24-hour races are very intense. They are a sprint within the race. And the beauty of it is you get to share the car with drivers. So it’s not only you that has to be competitive, but the team and other drivers altogether make the best team to win the race.”

Grosjean also will be working to help optimize Lamborghini’s new hybrid prototype, which he will begin testing later this year ahead of its 2024 debut.

“We still are very early in the development of the Lamborghini LMDh,” he said. “We have seen it. It’s a beautiful car. I can’t wait to drive it on track. I know we’ve done some simulator work already. I know it’s all going to plan. But we still are a long way from getting ready to race. There’s a lot of work to be done by everyone at Lamborghini, but I think so far they’ve done an amazing job, and I can’t wait to actually see the car in reality.”

Grosjean will bring the experience of having worked with hybrid engines in Formula One (which introduced the technology in 2014).

“I think the more experience you’ve had in your career, the more you can use it in different categories,” he said. “So I’ve had six years of hybrid technology and seeing the beginning in F1 and how easier it got after a few years and how much smoother it was to run. That’s definitely some stuff I can fit to the team. But also know they’re working very hard and have some engineers.

“It is a big change. We love that in IndyCar in 2024 with hybrid coming in, so it’s definitely something for a driver that’s a new challenge.”

Mon Jan 23 , 2023
Porsches are unequivocally the greatest sports cars on the planet. […] 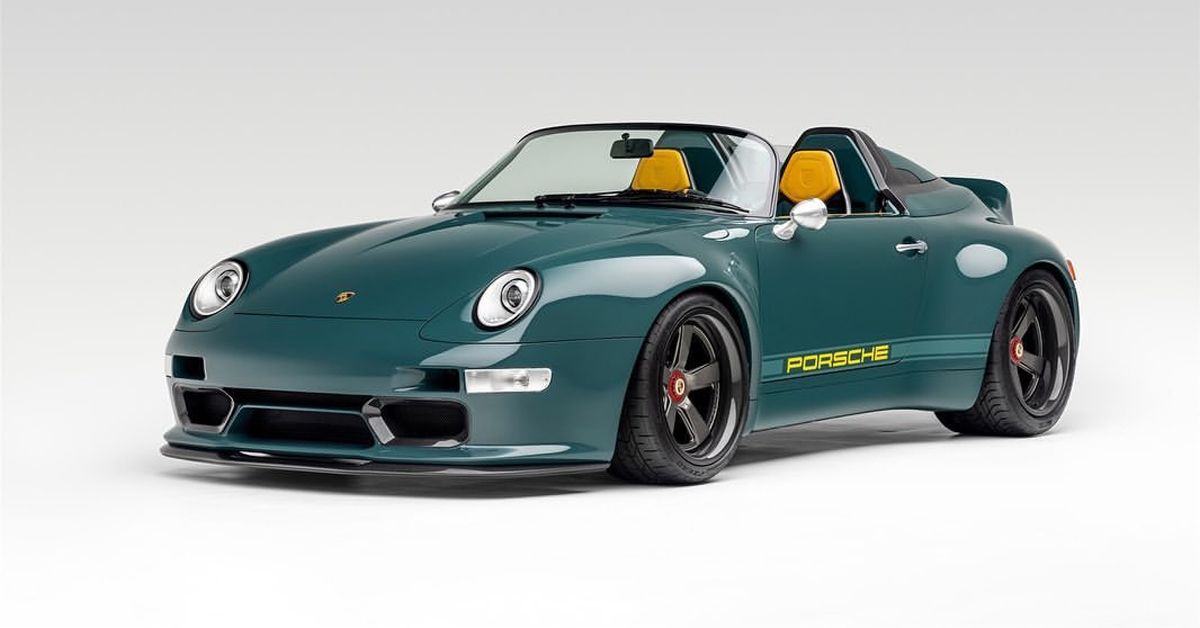