Not long after Alex Palou touched down back in the […]

Not long after Alex Palou touched down back in the U.S. after more than a month in Europe – testing McLaren’s 2021 Formula 1 car, visiting the team’s headquarters in Woking, England, and stealing a few moments with friends and family in Spain – one of the first calls he made was to Chip Ganassi.

It came just a month after a lawsuit between Palou and Ganassi had been settled.

“He was happy I got the (F1 practice) opportunity in Austin (for this weekend’s U.S. Grand Prix),” Palou told IndyStar Tuesday of his call to Ganassi late last week. “We’re good. I talk to him as much as I did in January of 2022. There’s no difference in the relationship.”

It’s a stark change from three months ago when they were dueling on Twitter about Palou’s eventual landing spot for 2023. Chip Ganassi Racing claimed, via a press release that contain quotes not approved by Palou’s camp, that the driver was elated to return to his No. 10 Honda ride in ’23 via a team option in his contract. On Twitter, Palou denied the claim, stating he’d informed the team he’d no longer be driving for CGR following the 2022 IndyCar season and that that he’d inked a contract with McLaren Racing.

Stories would change. Off-track data access would be revoked. A lawsuit in Marion County court would be filed – eventually elevated to the federal level. Deposition was threatened in the heat of an IndyCar title fight, followed by one failed round mediation and another that went down to the wire.

Behind the curtain:Palou explains decision behind his effort to leave Ganassi for McLaren

Palou would go on to thrash the field by more than 30 seconds in his only victory of his failed title defense and had a quick roundtrip flight to Spain to visit friends and family squarely in his sight early that next week. Before he boarded the plane, however, Palou got the news that lawyers settled the lawsuit and Palou could pursue an F1 testing slate with McLaren. His trip to get away coincided with McLaren’s Testing of a Previous Car plans.

“I’m not going to lie, I knew there was a chance,” said Palou of his F1 testing chances when he booked his flights to Barcelona in late-summer. “I had the faith we were going to solve everything to get to test, but otherwise, I was going to spend it at home, because it’s always good to go back home and visit family. But everything worked out, and we had a special week.”

Palou’s day of testing in Barcelona came at his boyhood track, where he grew up watching races, and was flanked by family time around the city, a day of off-road racing with his father, grandfather and uncle, along with a quick weekend getaway simply to relax.

Somewhere along the way – it’s all a bit of a blur, Palou said – what was supposed to be a week or so back in Spain turned into a month-long European dream vacation that included a trip to the McLaren Technology Center for time on the simulator, a chance to meet more of the folks behind the scenes and a day testing McLaren’s F1 car at the Red Bull Ring in Austria.

“I’d planned to just do (the Barcelona test) and then come back. I even had a flight booked for a week later,” Palou said. “But then came the Austria test that wasn’t planned.”

Palou quickly learned details in the F1 world are kept under lock-and-key. He and Pato O’Ward shared the car and test days at both tracks but Palou came away without the slightest idea how he compared to his IndyCar rival. The competitor in him was frustrated at times.

Palou said he has a slightly better understanding how he stacks up in last year’s car compared to McLaren’s current F1 driver tandem of Lando Norris and Daniel Ricciardo. But even there he’s turning laps on different tires, in different conditions and on spare parts. Whereas his time at CGR – particularly before his public feud this summer – was the epitome of teamwork, he’s spent the last month on an island with his own data and video and no one to compete.

“The car’s amazing. It feels like it’s in another league on its own. I’ve tried so many cars – F4, F3, GP3, GP2, Super Formula, GT, DTM, Indy cars – and this has been the biggest jump I’ve ever felt in single-seaters,” Palou said. “There’s a lot of power and downforce – so much, you can’t really believe it. At the end at Barcelona, I was comfortable, but it was tough for me believe and trust that.

“And I thought, coming in, there would be all this time comparing and trying to beat (Pato) because at the end of the day, we’re racing drivers. But we never shared info, never compared data to one another or compared videos. We weren’t even allowed to be there all the time with the engineers where we might’ve been able to know (the other’s) lap times. They separated us.”

That mindset will change very little Friday when Palou steps into Ricciardo’s No. 3 McLaren machine for the initial 60-minute practice session of the weekend – coincidentally, at the same track as he made his IndyCar open test debut more than two years ago just outside the city he called home for his rookie season with Dale Coyne Racing in 2020.

Goal No. 1, he said, is to “enjoy myself,” followed by helping the team run through its list of test items to put Ricciardo on the right path. The Australian driver will be trying to find a silver lining in the midst of a campaign that has seen him forgo his final contracted year with McLaren in 2023 and left perhaps the most popular driver on the grid without a ride.

As much personal strife as he has gone through to get to this point in recent months, Palou admitted, he knows he must set aside his own self-interest. He can’t focus on trying to impress McLaren, the team he was willing to go to court and mortgage his future in exchange for a role.

“It’s tough to go there and do the job you want. Obviously, I want to go and be P1 like any racing driver, but that’s not happening because it’s not my car or my team,” he said. “And it’s also not the priority for me to be fast or comfortable. It’s for the team to try and find new stuff to help Daniel and Lando as much as possible.”

After the dust settles in Austin, Palou said he may finally have time to digest all that’s taken place since his viral Twitter thread on July 12 that sparked this public feud with his own team. Ultimately, he said, he’s “happy how everything played out” and satisfied with his relationships across the team, even if he admits hindsight may provide opportunities to second-guess the public manner in which things were carried out.

Insider:Winners and losers from Alex Palou and Chip Ganassi’s settlement

“We left 2022 with a really strong performance and showed that this is the team that won (the title) in ’21 (and left a warning for others) to get ready, because we can do the same in ’23,” he said. “Chip and the whole team is happy I get the opportunity to show what I’m capable of on the F1 side, and at the end of the day, getting track time (in the offseason) is always valuable because you never know what you’re going to learn.

“It’s all recent, everything that happened, and it was pretty serious, but it’s part of the job. Am I happy with the results now? Yes, very. Would I change anything? Yes, that’s super easy to say, but I’m here because of how everything went. I’m happy at Ganassi, and I’ve gotten an opportunity with McLaren, and I know (in IndyCar in 2023) I’m going to have a strong car to try and win a championship with. Obviously, I’ll try to avoid all the bad things, but for now, it’s all good.”

With select portions of his current contract with CGR released in the court case’s final documents, Palou confirmed to IndyStar that elements of his deal – including 2023 being his final year contracted for the No. 10 ride and being forced to wait until September to formally negotiate any potential new deal outside CGR – is, indeed, “how it is.”

But unlike in recent months, Palou couldn’t be moved to comment on speculation that his camp, in some form, has either already signed an IndyCar deal for 2024 with McLaren or, at minimum, come to an informal agreement of such.

“I’m happy I’m staying at Ganassi in ’23, and we know we can have a good run, but that’s what we have,” he said. “But I don’t want to talk about my future. That’s the one thing I’ve learned from all this. I’m never going to talk about my future again until everything is 100% clear, so I don’t get in trouble again.

“I’m not going to feed any more speculation or anything like that. I’m just going to try and have an amazing, calm year with (no talk about) teams or contracts or anything.”

The affordable electric motorcycle we need 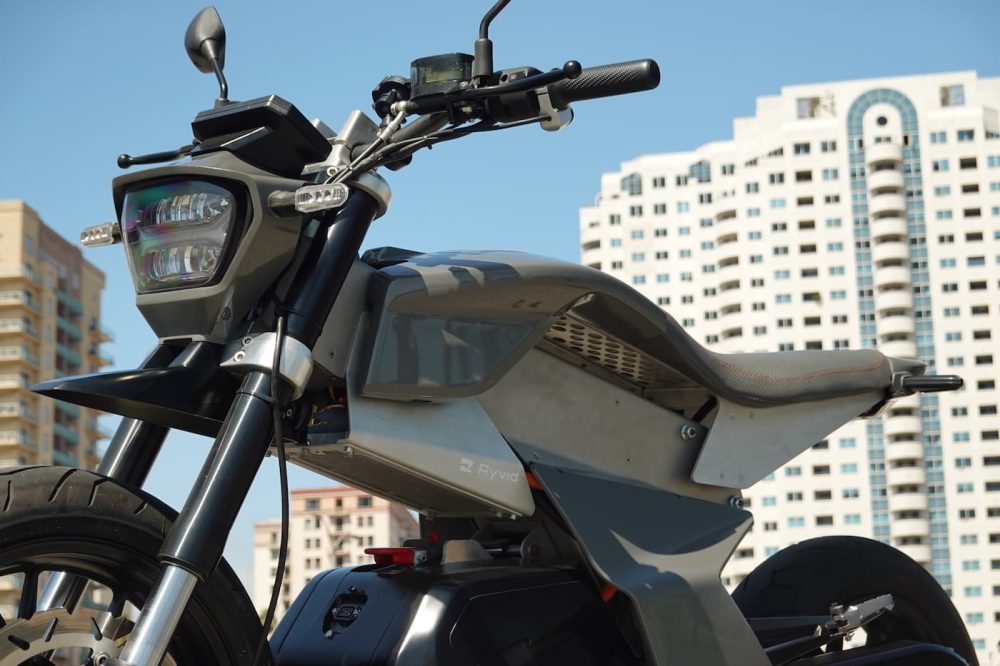