For years now, Royal Enfield has said it is building […]

For years now, Royal Enfield has said it is building an electric motorcycle—and that launch date is always three or four years away, and we’re still waiting. Sigh. However, that battery bike timeline might finally been moving forward, with word of a massive 50 million euro investment into Stark Future.

Stark Future? Is that some sort of massive, futuristic corporation from a comic book, maybe the company that funds Iron Man’s adventures? While the truth is less exciting, Stark Future is still a very interesting outfit. It’s responsible for the Stark VARG, a premium electric dirt bike that promises performance that exceeds the fastest motocross machines on today’s market. Stark says it is “The most advanced electric motorcycle in the world,” with “30% more power than a traditional 450 combustion bike.”

The premium Alpha model of the VARG has an electric motor with claimed output equivalent to 80 hp and 692 lb-ft of torque, weighing 110 kg. Charge time is 1-2 hours, with ride time as long as 6 hours.

Or at least, those are the claims (see more at Stark Future’s website here). The VARG  has been going gangbusters in pre-sales (reservations start at $100, MSRP is $17,500 CAD for the Alpha model, $16,300 for the standard model. However, none of those machines have actually been delivered yet. It looks as if orders placed right now will be fulfilled in… 2024.

Money solves almost all problems, though, so it’s no wonder that Stark Future is looking for cash. And it’s no wonder Royal Enfield is willing to invest. Note that Harley-Davidson’s LiveWire program benefited greatly from partnerships with Mission, then Alta Motors. Polaris built its first electric motorcycle by basically rebadging a Brammo machine.

You should also note that Mission and Alta are both out of business now, and Brammo sold its motorcycle business to Polaris, which killed off its production battery bikes when it shut down Victory. Take from this what you will, but this has been a trend since 2015, when Michael Uhlarik told CMG readers “For most industry insiders it’s increasingly obvious as the years progress and electric motorcycle startups fail : amateur hour is over.”

So is that 50 million euro investment from Royal Enfield enough to take Stark Future past amateur hour? Time will tell, but while it’s hard to predict the future of the VARG electric dirt bike, we can certainly say that this shows Royal Enfield is getting much more serious about its electric motorcycle plans. 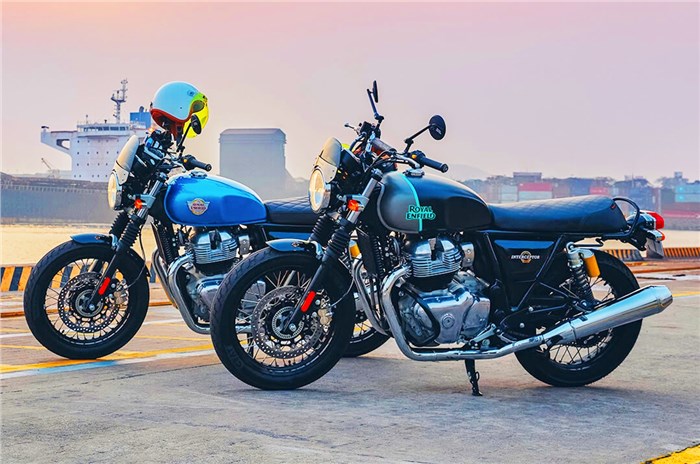