Touring on a motorcycle is one of the best things you can do. Traveling hundreds of miles each day to get to a specific destination or nowhere at all can be an absolutely transformative experience.

While I’m of the opinion that you can tour on any motorcycle, I do understand that it’s much more enjoyable on the right machine. You want to be comfortable while you ride and that means you’ll need a bike that was built to eat the miles with aplomb. Don’t simply hop on your hardcore sportbike and expect to cover hundreds of miles comfortably. You need a touring machine, and these are some of the best out there. The Harley-Davidson Road King has to be on this list. It was designed for touring, and many riders who own one do just that. They take their classic-looking machines on epic road trips all across the country. The Road King really is the king of the road. It comes packed with features and offers some top-quality comfort while you ride.

Powering the bike is the Milwaukee Eight 107 engine which is 1,753cc. It makes 111 lb-ft of torque. The motorcycle has plenty of power for any touring duties and it is a fantastic touring machine with its large windscreen and hard bags that are ready to tote your stuff around. There’s also plenty of accessories. 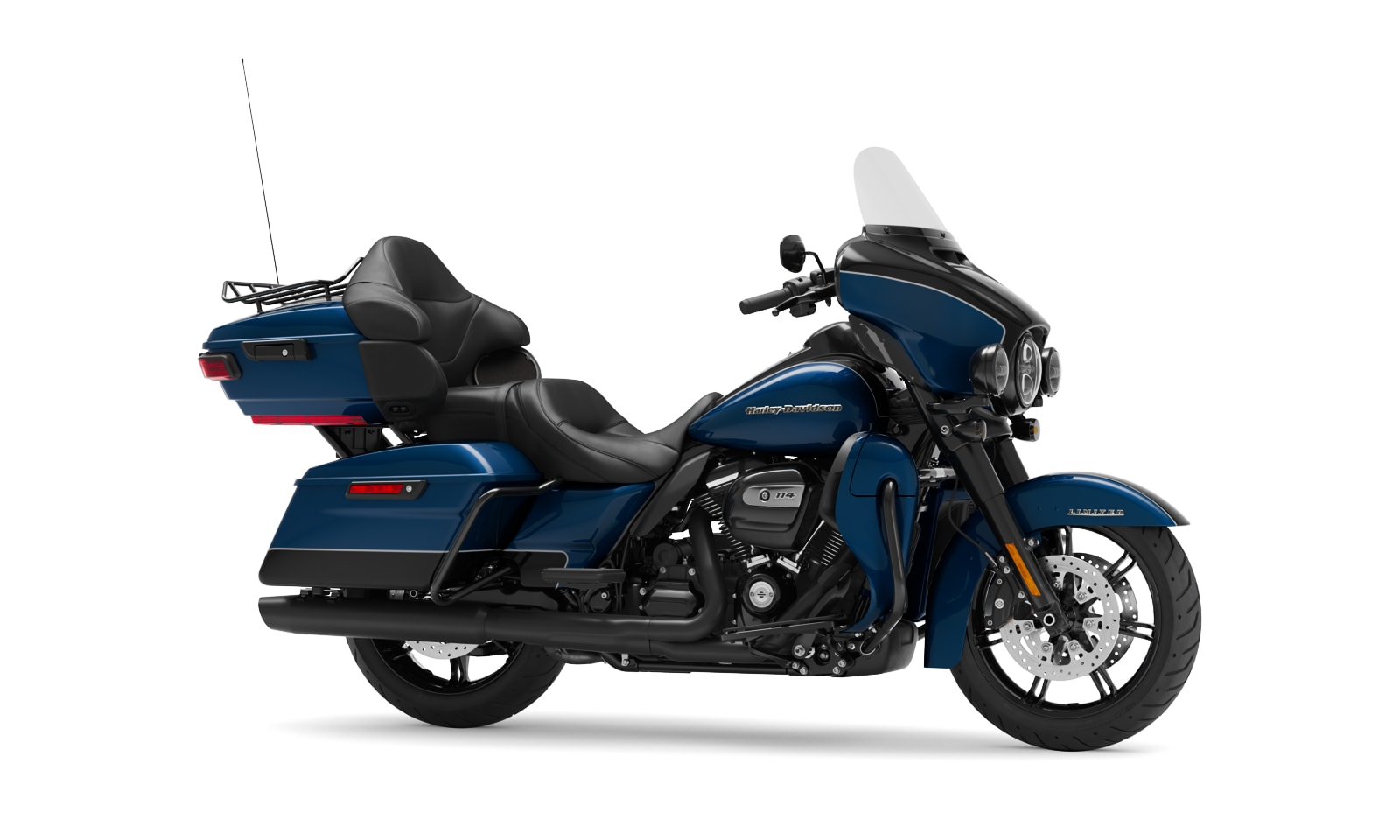 If I was going to ride cross country and I had around $30,000 to spend, then I would seriously consider the Harley-Davidson Ultra Limited. It’s one of the most touring-ready Harleys out there and has all of the farkles and features you’re going to need. It’s also not as expensive as some of the CVO models, which is important to me and should be important to you.

The bike features the big Milwaukee-Eight 114 engine, which makes an even more impressive 114 lb-ft of torque. This is the bike that will gobble up miles with ease and you’ll get to ride along in pure Americana bliss while it does. 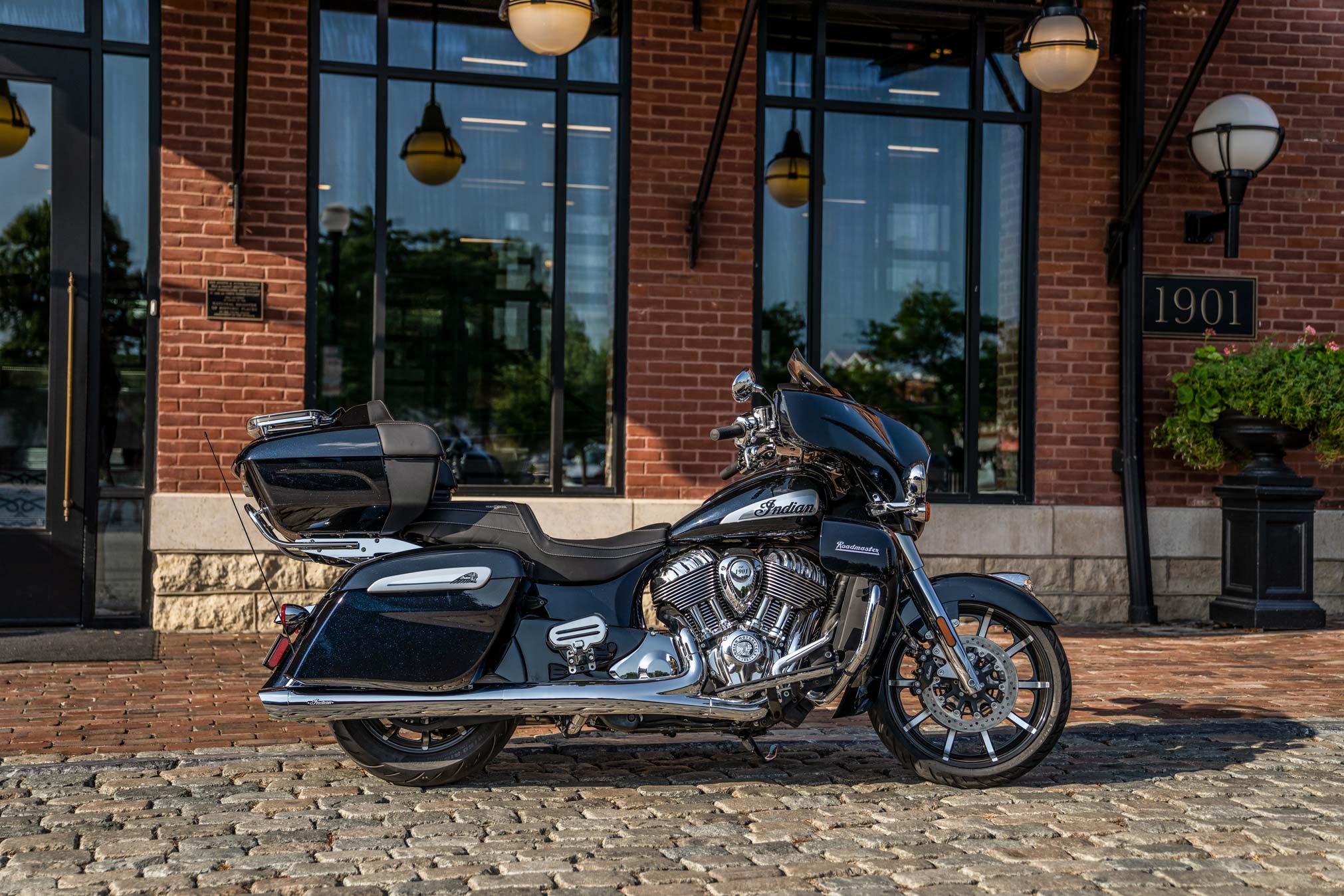 When you think of American V-twins you think of Harley-Davidson, but lately, Indian Motorcycle has been beating HD at its own game. When it comes to touring models, the Indian Roadmaster takes the cake, and the Roadmaster Limited is the best version of the bike to buy. Talked about in hushed whispers in biker bars and internet forums for a long time in 2020, it’s now here and on the road in 2021.

The Roadmaster Limited is powered by Indian’s Thunderstoke 116 engine that manages to churn out 92 hp and 126 lb-ft of torque. Pair that with plenty of features and some generous storage as well as some of the comfiest seating in the business, and you have a touring machine that’s hard to find a fault with. I know some folks will disagree with me on this one and say I should have picked some other Harley-Davidson model here, but they’re wrong. The Electra Glide Standard is the only motorcycle in Harley’s lineup I’d pay the asking price for. It’s a good simple touring motorcycle. Harley stripped it of a bunch of crap to leave, wait for it, just the important parts.

The engine, lights, comfortable saddle, hard bags are all here and not much else. It’s the best of what makes a Harley. You get the strong 1,753cc Milwaukee Eight 107 V-twin engine that chugs out 111 lb-ft of torque. Power is sorted via a six-speed transmission, and you have a nice fairing to keep the wind from blasting you 24/7. 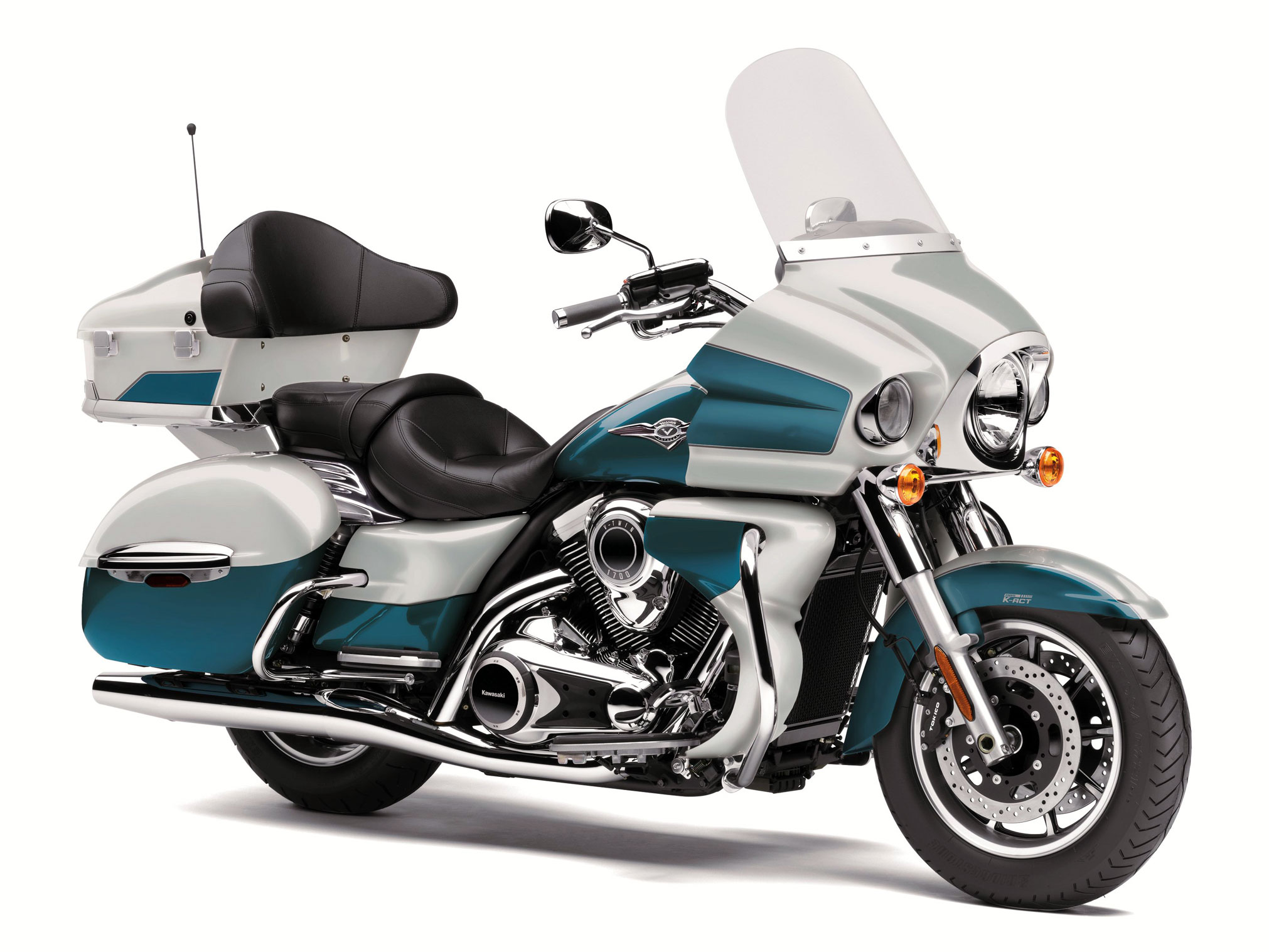 Kawasaki can’t be left off this list. The Vulcan 1700 Voyager is a fantastic touring motorcycle that brings metric cruiser charms to a vehicle that’s in it for the long haul. The bike is comfortable, big, and equipped with some fantastic luggage and power.

The bike comes with a 52-degree 1,700cc four-stroke, a V-twin engine that’s liquid-cooled. It makes 72.5 hp and 100 lb-ft of torque. Out there on the open road, you’ll benefit from the large windscreen and fairing as well as the comfy saddle and the various electronic systems like cruise control, ABS, satellite radio, and so much more. It’s not the most advanced machine on sale today, but it does offer some great features. 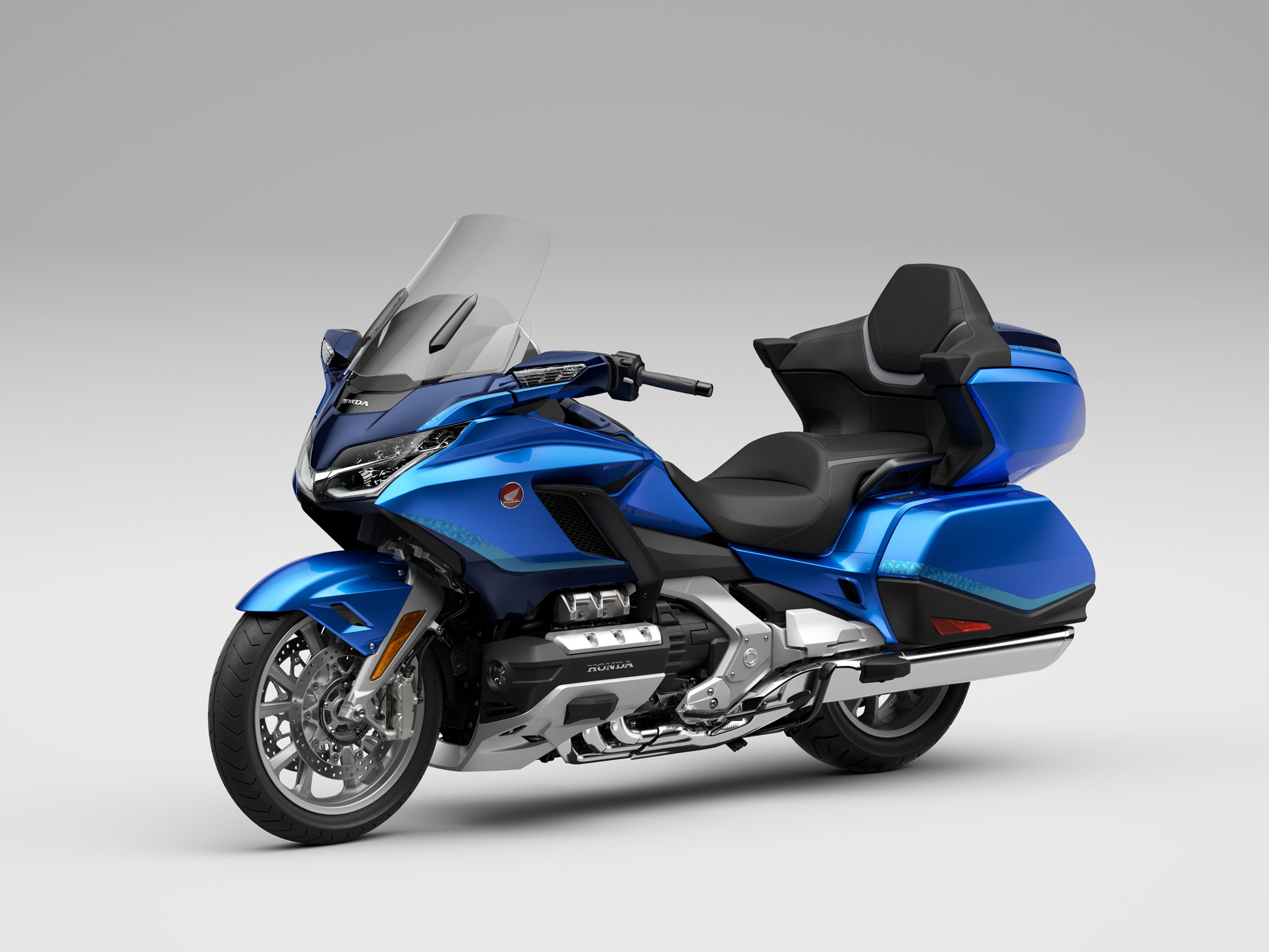 Long thought of as the quintessential touring motorcycle, the Honda Gold Wing has a cult following and for good reason. It’s one of the most comfortable, easy-to-ride for long distances, and feature-packed motorcycles on sale today.

The Gold Wing Tour features plenty of luggage space, a 1833cc liquid-cooled SOHC flat six-cylinder engine that mates to a six-speed or Honda’s DCT, and Apple CarPlay and Android Auto on its extensive infotainment system that has a slew of other features. If you want to ride to the end of where pavement can take you, this is the bike to do it on. It’s just plain lovely. 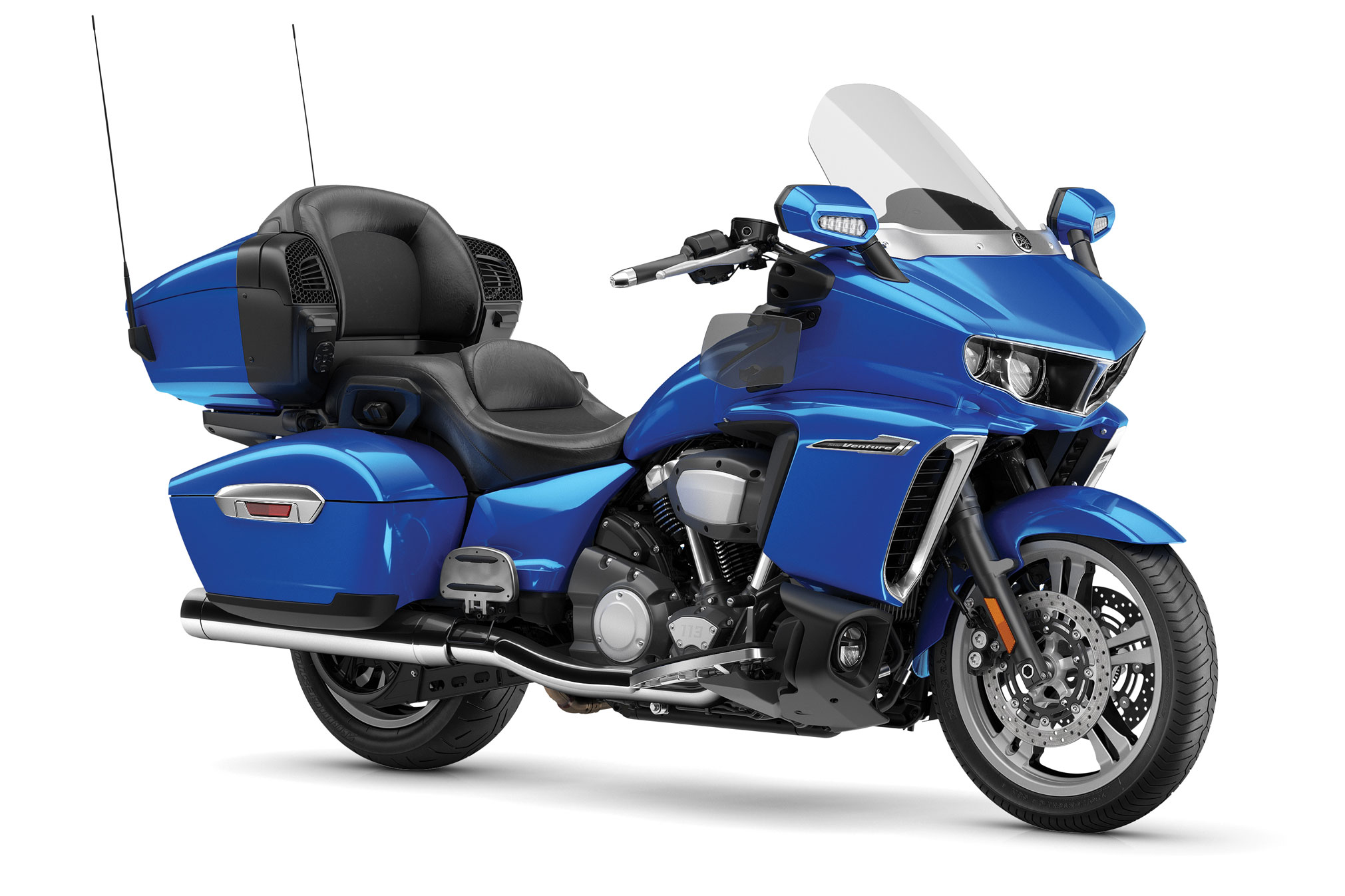 Part of the Transcontinental Touring lineup for Yamaha, the Star Venture may seem like it belongs head-to-head with some of Harley’s machines, but in truth, this model looks more modern than the Harley fare. It’s packed with features and it has a massive air-cooled V-twin engine.

Speaking of engines, the Start Venture features a 1,854cc air-cooled OHV V-Twin that makes around 85 hp. It’s not an insane amount of horsepower, but if you’re interested in cruising along at highway speeds, then you have nothing much to worry about. Also, the 120 lb-ft of torque will rocket you around and help get you up to speed quickly. All told, this is a great bike.

The Star Venture is the only 2021 model year bike on this list as Yamaha has yet to release details on the 2022 version. 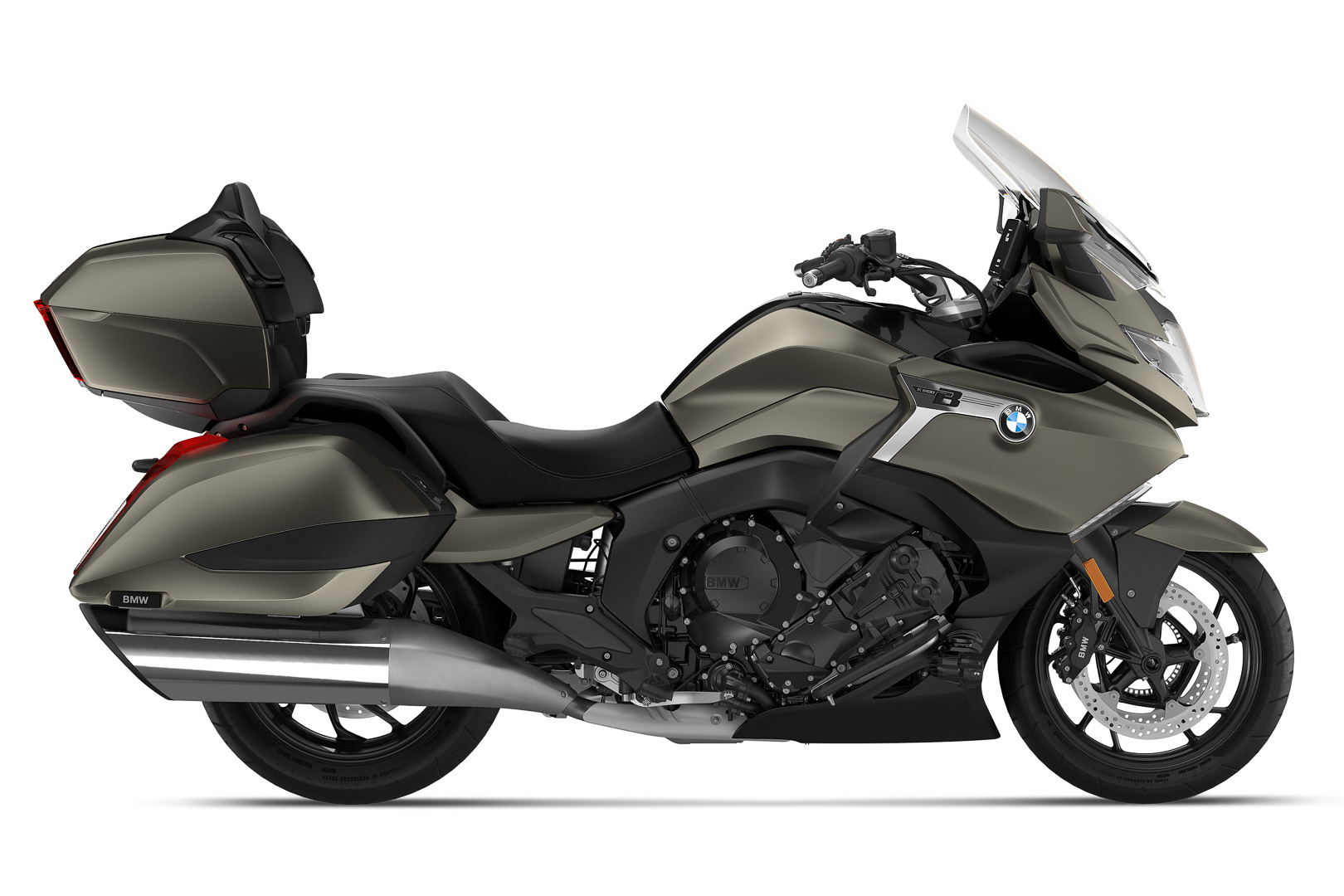 Any of BMW’s K 1600 motorcycles would make the cut for “great touring motorcycle,” but the Grand America version is in my mind the one to buy. It’s a motorcycle that’s sporty in the right ways, comfortable in all the right ways, and has some fantastic storage areas and features. The large windscreen and fairing shield you from the wind and the seat keeps your backside comfortable for mile after mile.

Powering this BMW bike is their six-cylinder inline engine. Its smoothness is something that BMW riders won’t shut up about, and I can’t really blame them. It’s good. The engine has a 1,649cc capacity and it makes 160 hp and 129 lb-ft of torque, so you’re never wanting for power. With a reasonably low seat height of 29.5 inches, it’s a reasonably approachable machine, too for being so large. 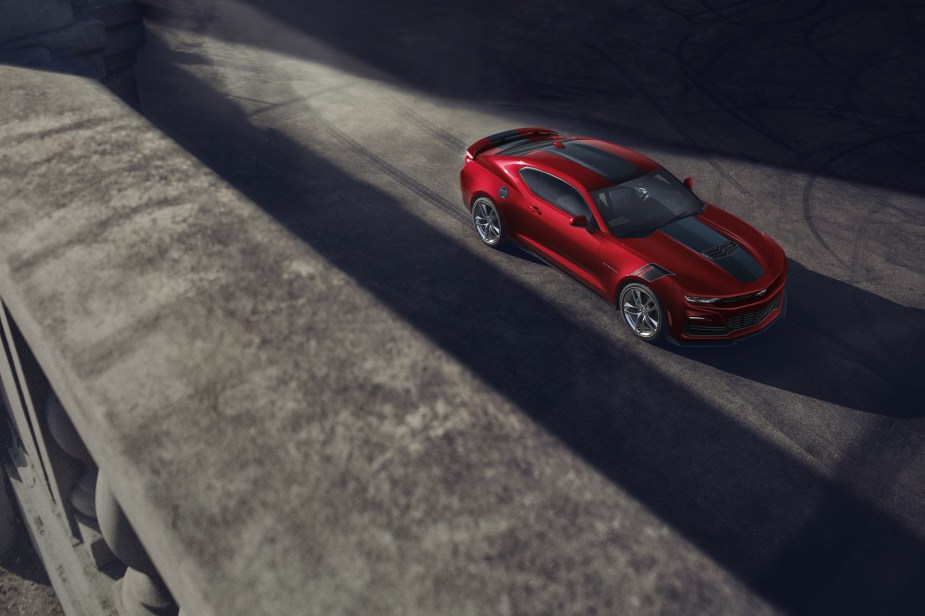