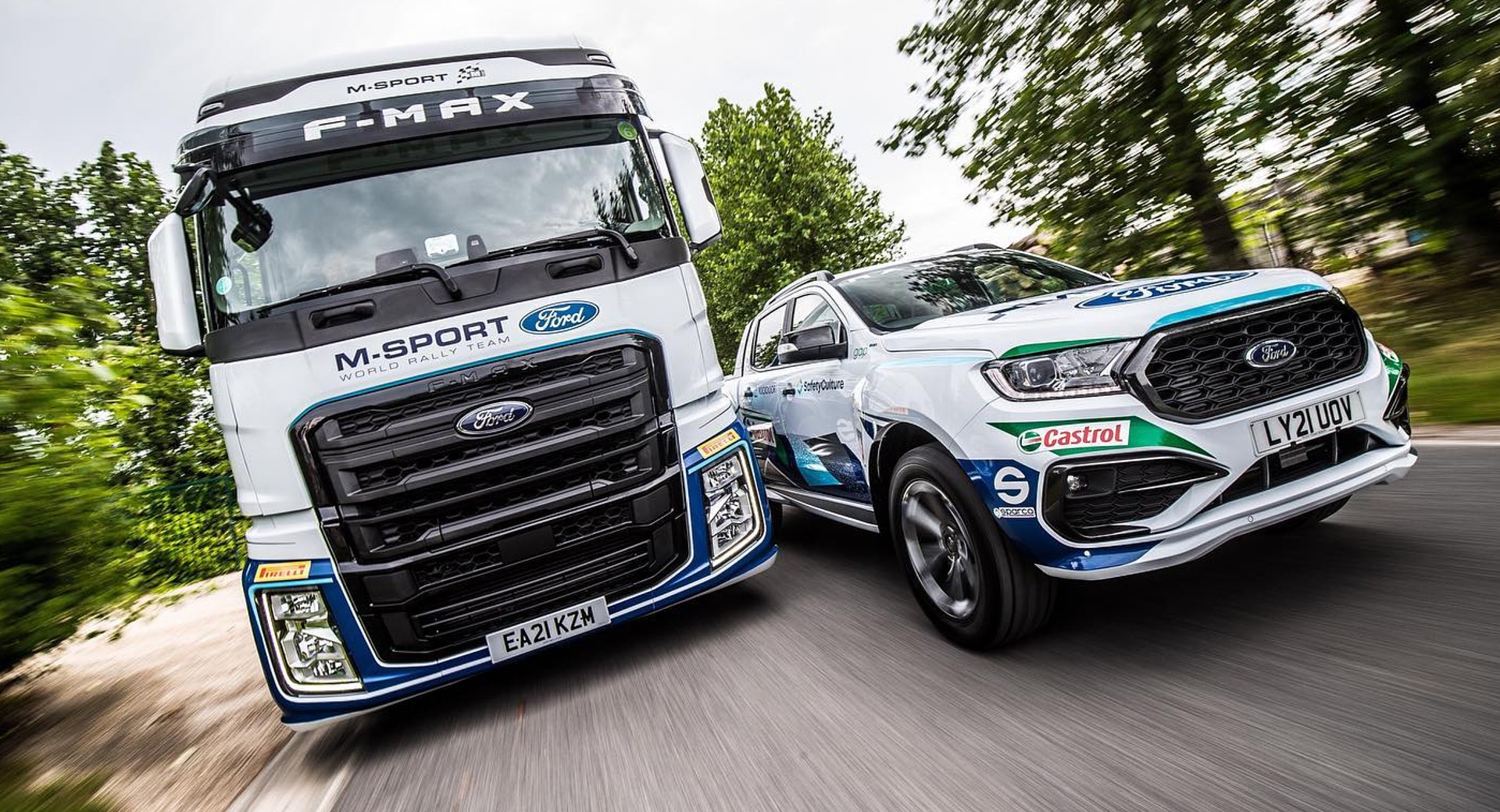 During their last race at Ypres Rally in Belgium, UK-based M-Sport team which is responsible for Ford’s effort in the World Rally Championship presented their Ford Ranger MS-RT pickup and F-Max tractor wearing the Fiesta WRC colors.

The vehicles were not created just for show, as they “fill integral roles within the team, both on and off-event”. We guess the F-Max is used for transporting the racecars and the associated gear, while the Ranger could carry tools and spare parts when needed.

See Also: Ford’s New Ranger MS-RT Wants To Be The Street-Focused Sibling Of The Ranger Raptor