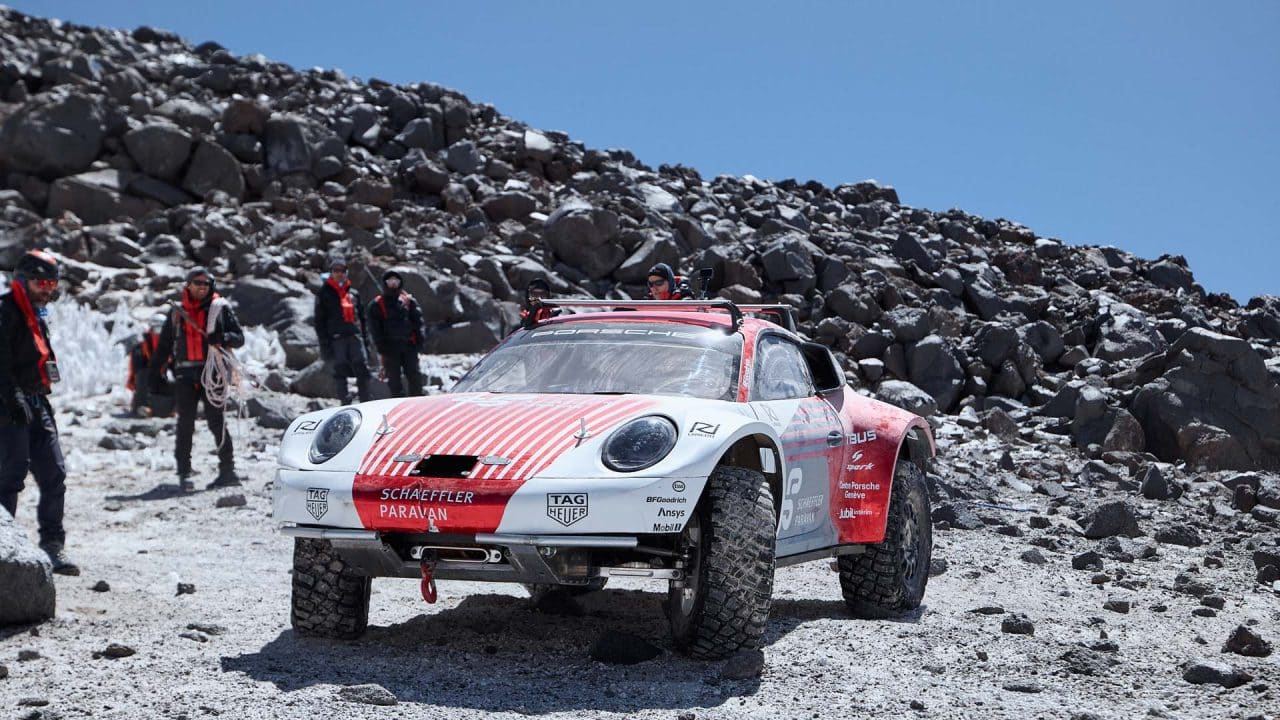 Porsche has been spotted testing a high-riding 911 Safari over the past year, but this is not that vehicle. What you’re looking at is a specially developed 911 off-roader built to tackle the world’s tallest volcano, Chile’s Ojos del Salado, which has its summit at 22,615 feet.

Porsche built two of the rugged 911s, both based on the Carrera 4S. They were driven by a team led by endurance racer and adventurer Romain Dumas to explore the limits of the 911. Dumas and his team reached a height of 19,708 feet, which is impressive given the thin air, temperatures as