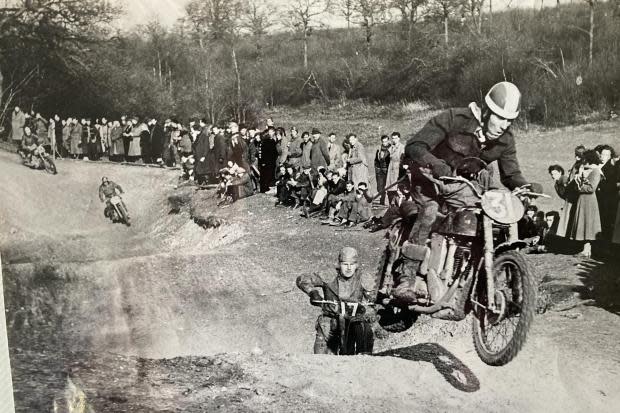 Ron Slater competed in motorcycle scrambling for only three years, but achieved considerable success in that time.

It was an expensive sport and without commercial backing or a rich family, it was difficult for the average rider to keep going.

As we reported last week, Ron, who is 96 and lives in Thame, got a taste for motorcycles while serving in the RAF during the Second World War.

He rode for the Oxford Ixion club in