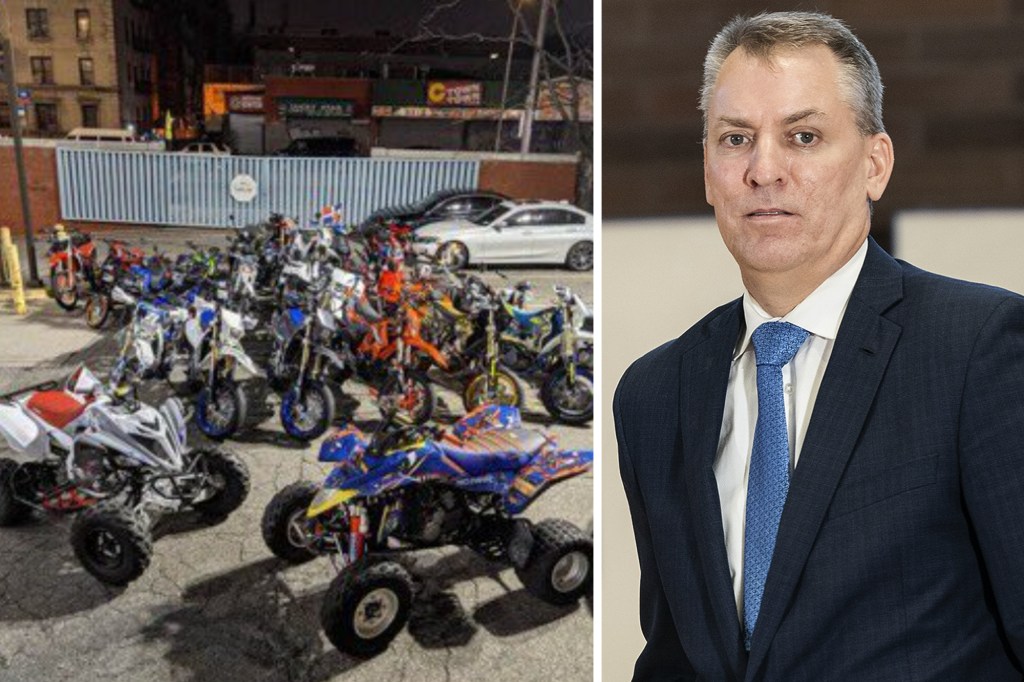 Cops swept up 175 dirt bikes and ATVs off Big Apple streets over the weekend, arresting dozens of riders and writing hundreds of summonses, police said.

“ATV’s & dirt bikes are illegal & dangerous to use in NYC,” Police Commissioner Dermot Shea tweeted Monday. “Use it & lose it.”

Shea announced in the tweet that 175 ATVs and dirt bikes were seized on July 24 and 25.

Cops also arrested 30 riders and wrote summonses for 374 operators, according to police.

Since April 20, 651 ATVs and dirt bikes have been taken away from their owners, police said.