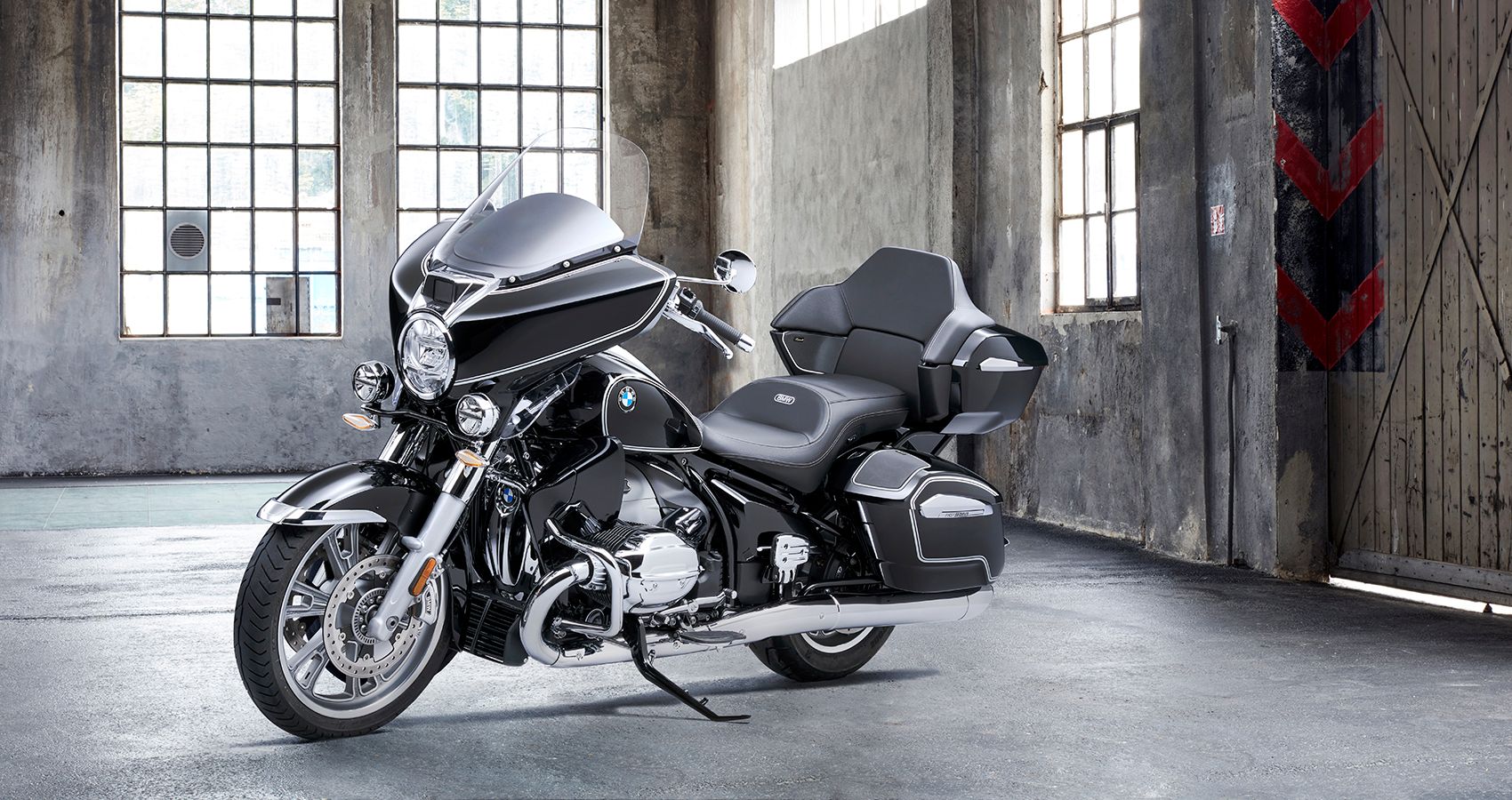 What is it that constitutes a grand American touring motorcycle? Simply being a cruiser motorcycle just won’t cut it. In fact, BMW already has a version of the K1600 that’s even called the Grand America. But that just won’t cut it. It’s the essence of being wild and free and simply soaking in the landscape until the horizon comes knocking. There’s a certain kind of highway utopia that only the rumble of a big-bore twin-cylinder can assuage. It’s like a massage for the soul. Think Peter Fonda in Easy Rider and then deny that wanting to emulate the outlaw life When BMW’s R18 cruiser came out last year, it represented both a return to form for the brand and a new direction for its cruiser lineup. Other K cruiser models featured liquid-cooled inline-six-cylinder engines and vast amounts of tech, while the R18 wore its two massive air-cooled cylinders and simple interface with pride. Now, BMW wants to expand on the R18’s presence further and maybe attract a few more traditional American bagger and cruiser buyers in the process.

The BMW R18 B and R18 Transcontinental are, as