ROCHESTER — When Dustin Sorensen’s stock car racing career began 15 years ago, the then-7 year old would spend his afternoons driving his Slingshot on Button Buck Speedway — the small track inside of the big track at Deer Creek Speedway.

When his day behind the wheel was done, Sorensen would get out of his racing gear and settle into the Deer Creek grandstand to wait for the main event, the USRA Modifieds.

What Sorensen would really look forward to, a handful of times each summer, was when the United States Modified Touring Series would come to town. The USMTS features the top Modifieds drivers from across the United States, running a 40-plus race schedule from early March to late October, at tracks from Texas to Minnesota and many points in between.

“When I was younger, watching my dad (Mike) and the USMTS series was my favorite thing to do,” the now-22 year old Dustin Sorensen said. “The guys who run full-time with the series are the best at what they do from all over the country.”

Now, Dustin Sorensen — Mike’s son and the grandson of local racing legend Dick Sorensen — is the best of that nation-wide group of elite Modifieds drivers.

The Rochester Lourdes High School graduate added his name to an elite list last Saturday, Oct. 29, when he clinched the 2022 USMTS national championship and the $100,000 that goes with it. He is just the ninth driver to win the national title in the series’ 24-year history and the youngest to win it since Ryan Gustin of Marshalltown, Iowa, won it in 2011 at age 20.

“To win it and do it at a really young age is really cool,” Sorensen said. “The (USMTS veterans) push you every night to be your best. It makes you a lot better.”

Sorensen had a solid weekend at the three-day Featherlite Fall Jamboree, on his home track — Deer Creek Speedway — Sept. 22-24, giving him a 127-point lead over Tanner Mullens of Wichita, Kansas, heading into last weekend’s final three shows of the season.

Mullens’ only hope at that point was as slim as it could get — to win the final three races and have Sorensen place outside the top 15 in all three.

Sorensen dashed any long-shot hopes Mullens had on the first night of the three-night finale, as Mullens placed fifth at the Tri-State Speedway in Pocola, Okla., and Sorensen charged from his 15th starting spot to finish seventh. All he had to do was sign into the pits the next two nights to earn the largest payout of his young career.

“My phone’s been blowing up,” Sorensen said with a laugh on Thursday, a day after he turned 22. “Between (the championship) and my birthday, it hasn’t stopped ringing.”

To say Sorensen earned the national championship is an understatement.

He is less than a year away from earning his degree in Manufacturing Engineering from the University of Wisconsin Stout. The kicker: None of his courses were available online, so there were many weeks when he would go to class Monday through Thursday, work on his car — with his dad mike and his crew members, including Byron’s Josh Augustin, who traveled to nearly every race Sorensen competed in this year — in the evenings, load up the hauler and travel to Missouri or Kansas or Oklahoma for the weekend, then be back in time for school and work on Monday.

“Just the mental side of it,” Sorensen said when asked what the most challenging part of chasing the national championship was. “Being gone every weekend all summer long, working a job, then working on the car at night.”

He added with a laugh: “Going to college, too. All my classes were in-person, but I never had to miss any tests.”

This summer was the second consecutive summer in which Sorensen ran the USMTS series on a full-time basis. In 2021, he filled a notebook with information about dozens of tracks he’d never seen or raced on before. In 2022, he used that notebook to fill his stat sheet with some impressive numbers: 38 USMTS feature starts, 5 victories (the second-most in the series this year behind Dereck Ramirez of Woodward, Okla., who had 6); 23 top-5 finishes and 30 top-10s. No USMTS driver had more top-5s or top-10s.

He also had one important team of helpers.

“My dad was at every race,” Dustin said. “Josh (Augustin) was at almost every race, and there were so many other guys who helped when they could. Those guys all have jobs, too, and it’s hard to be gone on weekends. I’m really thankful they can come and help, and that it’s important to them.”

Illinois governors in their own words 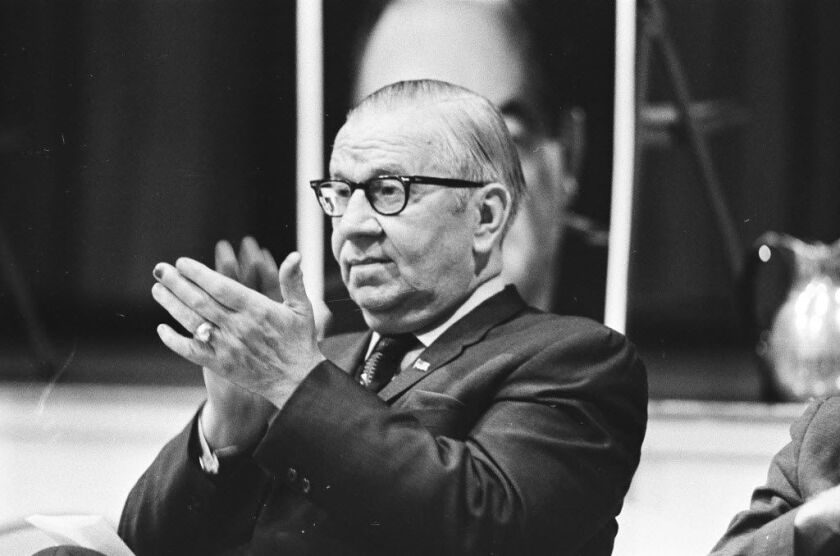