Typically, when an innovative idea comes along for drag racing, […]

Typically, when an innovative idea comes along for drag racing, there is one company whose leader is the forefather of its design. One such seat at the innovator’s table belongs to Marty Chance at Neal Chance Racing Converters (NCRC). The company has innovated and continued to develop torque converter technology specifically for the highest of high-horsepower cars, including Pro Modified, Radial versus The World, diesel racing, and now, with some successful Top Alcohol Funny Car (TA/FC) teams. We spoke to Marty and his brother, Doug, about the converter design theories and entrance into this new market, One of the competitors using a torque converter is California’s Greg Miner, with his Funny Car driven by Jake Guadagnolo. Jake recently won the recent NHRA Northwest Nationals in Seattle, Washington, and is number six in the hotly contested NHRA Western Region TA/FC points standings.

Wholesale variations to the converter’s stator design and impeller blades for Neal Chance’s TA/FC applications include a first-of-its-kind split-blade pump impeller. This impeller has 35 percent fewer blades on the low-pressure side, and more blades on the high-pressure side. This design offers more slippage down low to provide higher engine RPM down track where desired.

“In engineering, you need to know the strengths and weaknesses of your design,” Marty says. “Now, the weakness of a torque converter is the slippage compared to a clutch that theoretically does not. The very definition of torque multiplication is that you can put ‘X’ amount of torque into the converter—and while it’s turning, you will get an increase in torque output compared to what went into it. This benefit far outweighs the slippage.”

The strength of a torque converter design is that it multiplies your torque output. A converter is one of the rare places in engineering when you can get something for nothing. – Marty Chance, Neal Chance Racing Converters

Two competitors embracing torque converters for their TA/FC entries are Greg Miner, along with Kyle and Stan Smith from Kansas. Both teams have proven that using an NCRC torque converter in TA/FC is a formidable development for the class.

Kyle is relatively new to racing; he says, “I’m kind of a different breed. I never drove anything before jumping into TA/FC. Growing up, my dad was racing his Funny Car and Pro Modified cars, and I played sports. When he was getting out of Pro Modified, I wanted to try driving a Funny Car. Since he was very comfortable with a Neal Chance converter setup in the Pro Mod, we thought we could migrate that experience over to this.”

Even though the team is what Kyle calls underfunded compared to other TA/FC racers in the class, they are making waves with their unique combination, as they are currently number one in NHRA Central region points and number 10 in the nation. Just prior to publication of this article, Kyle qualified number one and finished runner-up at the NHRA Texas FallNationals in Dallas. Kyle and Stan Smith were very open to the converter concept and jumped at the opportunity to work the setup into their new Funny Car. Stan has considerable experience with the Neal Chance converter setup from his years campaigning a Pro Modified car.

Marty reiterates, “A torque converter has comparably more slippage than a clutch. This slippage difference is only for about one- to two-tenths of a second after each shift, and, for example, these two competitors are competing with three-speed transmissions.”

The Smith family uses a Quick Drive Racing torque converter drive between the Chance converter and a B&J three-speed transmission. Greg Miner currently runs a the NCRC converter with a Ty-Drive and B&J transmission.

Chance continues, “We focused on a torque converter’s strengths in our development phase. A converter could push more mass and additional weight easier than a clutch. In the same respect, it could push a taller gear, which means we didn’t need as much gear multiplication in the transmission.”

We work closely with teams individually. You can’t give away one team’s secrets to another and expect a returning customer base. We are respectful to each customer.” – Doug Chance, Neal Chance Racing Converters

Greg Miner stepped into the converter application with more experience and his family ties. “The Funny Car that we run today was a car that my uncle Bob Miner had put together and raced in various capacities. This new converter and drive setup is an effort around a family and friends knowledgebase that inspired us to try something new. Miner’s M7 Performance ride has clocked a best pass of 5.45 seconds at 265 mph, netting strong qualifying numbers and event wins.

“When you look at the difference in driving duties here, I give our driver, Jake Guadagnolo, a pat on the back,” credits Miner. “He has been a buddy of mine forever and is a really intense and winning competitor in the bracket world. If you think about it, this application of transbrake button racing lent itself to him hitting the ground running, so to speak, without much training that comes with foot swapping and all that. This transition has been very seamless for him.”

Speaking of driving, each team is slightly closed-mouth about their driving style. Neither team gave their exact procedure, noting that this may be their key to optimum performance. Kyle Smith did say that he personally puts the engine RPM against a “two-step” style limiter, then releases his brake button. Miner mentions that Guadagnolo strictly goes full throttle against the converter before releasing the transbrake. Another interesting point centers around transmission fluid. Logic might point out that this extreme design might be rough on the lubricant. Miner explained some about his “secret sauce” without providing great detail.

“We have run everything from Allison TS295 fluid used in heavy industrial applications, to ATF from an auto parts store. If there is a fluid out there that is commercially available, we’ve tried it. We’ve settled on some stuff we really like, and right now, we have about 25-30 runs on that fluid. It’s not that expensive, so we tend to want to change it often, and it is easy enough to change out.” “We have made some very subtle changes, but overall, you could take this engine out and put it in front of a clutch, and it would probably run competitively with a few small tweaks,” Miner says of the learning curve and tuning for the torque converter.

When we were talking about the transmissions for these cars, Doug and Marty joked that they wished a GM Turbo 400 design could be used, but it is against NHRA rules. I revisited that comment and asked if there are additional future steps in converter development or possibly a new “clean sheet” transmission design.

“That’s top secret…we’d have to kill you if we told you,” Marty Chance says with a laugh. Marty did however provide a response when asked if there is potential for a single-speed drive that would work behind this kind of power. Their lengthy and technical answer was a perfect example of how the technological minds of the Chance family function. “When we get talking about the engineering aspect of our work, listening to us is like drinking out of a wide-open firehose,” Marty jokes. We asked if there were wholesale changes to their supercharged Hemi compared to a clutch combination, to which Kyle responded, “There are no big changes such as cam profiles compared to a clutch setup. Since we began racing this class, we have relied on my dad’s Pro Modified converter experience and his relationship with Marty and Doug as a starting point.”

The Chance’s explained that the hurdle with a single-speed driveline is the incredible amount of torque load and how it affects the chassis. They recalled an experiment they performed with a nitro engine and their own in-house Pro Modified car. This load exposed the chassis to so much torque it would require a beefing-up of the chassis that would result in well over a 3,000-pound car weight.

Both Funny Car teams cite their opinions that there is more potential with the converter drive in the class; it is just a matter of further development with their individual engine setups, team experience, and continued support from the Chances. The minds of racers and business leaders will continue coming up with totally out-of-the-box thinking that grows into prototypes and ultimately becomes a revolutionary design. As long as there is the spirit of competition in drag racing, there will always be that innovator whose ideas mature into a more efficient machine that wins races. 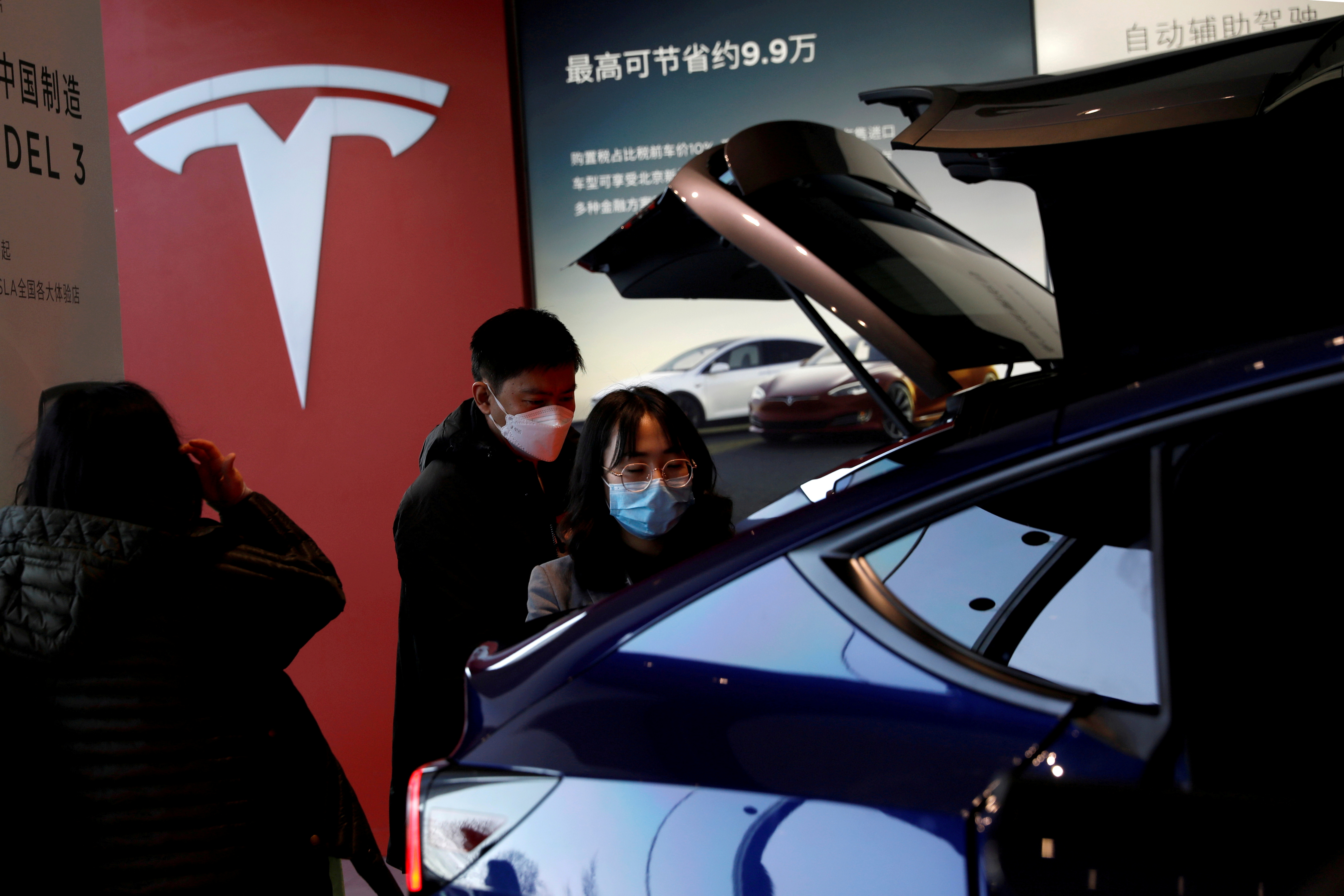