Since the middle of last year, the Milwaukee, Wisconsin-based company has shifted focus back to big bikes, traditional markets like the United States and Europe, and older and wealthier customers.

Harley has trimmed its workforce and global dealer network, eliminated slow-selling models and exited markets where weak sales and profits do not justify investment.

Chief Executive Jochen Zeitz, who took charge last year, is focused on enhancing Harley’s brand and has done away with promotional offers, tightened supplies and reduced inventory, enabling dealers to charge the sticker price for the company’s bikes.

This more than halved dealer inventory last year and drove up prices for pre-owned bikes, which used to be a drag on new-bike sales. The leaner inventory as well as a switch in the introduction of new models to January from August, however, took a toll on the bike sales in the quarter through December.

Fourth-quarter revenue dropped 39% versus a year earlier as motorcycle shipments almost halved, leading to a loss of 63 cents per share. Analysts surveyed by Refinitiv, on average, expected the company to report a profit of 14 cents a share.

Harley’s shares, which had gained 38% since July when the company shared an earlier plan to reboot its business, fell as much as 22% on Tuesday morning and were still down 18.8% at $32.62 at midday.

“Many investors had thought the turnaround plan was leading to better profitability faster than the plan the company laid out today,” said Brian Yarbrough, an analyst at EdwardJones.

“While they are shrinking the business currently to drive more sustainable growth longer term, we continue to be concerned about lack of demand for Harley products longer term.”

Retail sales in the United States – the company’s biggest market – fell for the 16th straight quarter, resulting in an 8 percentage-point decline in big-motorcycle market share.

The decline comes at a time when motorcycle sales have gone up on the back of a demand for socially distanced recreational outdoor activity.

Polaris Inc last week said retail sales of its Indian brand of motorcycles in North America were up more than 30% in the December quarter. In contrast, Harley’s sales in the region declined 15.4% year-on-year.

Harley’s new leadership, however, remains steadfast in the strategy of keeping inventories tight as it prefers building

“We are going to continue to manage inventory in line with demand,” Chief Commercial Officer Lawrence Hund told investors on an earnings call.

As part of the five-year turnaround plan unveiled on Tuesday, the 118-year-old company would lean on combustion motorcycles to increase sales in touring, large cruiser and trike bike segments to achieve revenue growth in the mid-single digits.

The company, which launched its first electric motorbike in 2019, will create a separate division focused on the development of electric vehicles. It also intends to make forays in premium low displacement bikes via partnerships.

The latest turnaround strategy from the company, which has struggled for years to expand sales beyond baby boomers, comes after a decade-long effort to increase business overseas and draw younger riders with cheaper and newer models.

Overall, Harley would invest between $190 million and $250 million a year over the next five years.

Reporting by Rajesh Kumar Singh in Chicago and Ankit Ajmera in Bengaluru; Editing by Nick Zieminski and Matthew Lewis

Fri Aug 6 , 2021
A biker in Thailand received an unpleasant surprise when he […] 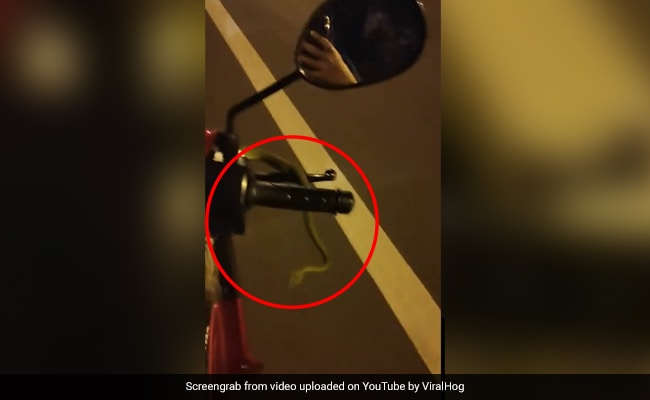