The TRK 502 looks big, has adequate power & features, and delivers comfort in plenty. All this good enough for its price? We found out recently!

Middleweight adventure touring motorcycles have a big responsibility on their shoulders. They not only need to be versatile and prove their mettle on multiple parameters but have to be cost-effective as well. Now, Benelli has one such bike in its stable called the TRK 502 that looks as big and burly as other accomplished full-fledged ADVs like the Multistradas and the Tigers. But with the same seat height as the Royal Enfield Himalayan, this one is actually quite accessible, which in simple words means that it can be ridden by a wider range of riders. What makes this bike even more tempting is the fact that it received a Rs 30,000 price cut with the BS6 update. So why does the Benelli TRK 502 exist, is it just about the looks, and more importantly, why should you spend your money on it? Read along to find the answers to these questions and much more!

So let’s start things with what is possibly the biggest highlight of this motorcycle – the design. The Benelli TRK 502 looks big and imposing and this reason would be enough for some people to go for this bike because we Indians love it when our machines have an unmistakable road presence. The TRK 502 gets a beak-like design upfront that is typical of some big ADVs. The overall design looks quite proportionate and many people will actually agree that there is a clear Ducati Multistrada connection somewhere in terms of appearance.

Speaking of updates on the new BS6 version, the bike now gets a body-coloured front fender along with more sturdy-looking knuckle guards, textured finish on the rear view mirrors and also, an updated instrument cluster. In addition, the switchgear looks more premium now and the switches are now backlit too. There are two additional switches on offer as well on both sides of the handlebar and these can be used when you opt for aftermarket fog lamps and heated grips for your bike. So, all these changes come together and assure that the TRK 502 is a more value-for-money offering than before.

However, as no product is absolutely flawless, the same is the case with the BS6 Benelli TRK 502 as well and we noticed some areas of improvement. First, while the overall fit and finish upfront seem satisfactory, the front beak is made up of cheap plastic and the same doesn’t inspire much confidence whenever a thought of a crash passes your head.

Moreover, this Rs 5 lakh ADV misses out on an engine bash plate. As this is an adventure touring motorcycle, there are good chances that you will take it off-road and hence, engine protection is something that should have been on offer, despite the fact that this isn’t a hardcore off-roader. Even a Hero XPulse 200 gets one and adding an engine bash plate to the package would only have bumped up the price marginally. Moreover, while the windscreen does a decent job of protecting you from wind blasts at high speeds, there is no option for adjustability, something that taller riders might wish for. Last, the rear turn indicator wires could have been hidden in a better way and also, the placement of the winkers seems more like an afterthought!

Speaking of engine specs, the BS6 Benelli TRK 502 is powered by a 500cc, twin-cylinder, liquid-cooled engine that produces a rather modest 47.5 hp of power along with 46 Nm of torque, paired to a six-speed transmission. The parallel-twin motor comes to life with a quick press of the starter after which it settles to a rather pleasant and sober note. The best part here is that like all Benellis, the TRK 502 too, is a sweet-sounding motorcycle and anyone can mistake its exhaust note for the melody of an inline-four. The engine packs in a strong low and mid-range, thanks to which the bike sprints off the line quite effortlessly. It has to be noted though that this is not a high revving engine and hence, takes a bit of its own sweet time to build the revs.

Surpass 3,500 rpm and the engine starts to come into its element. Around 5,000 rpm is the sweet spot of this motor and this is where the bike can sit at 100 kmph all day long. Just maintain this pace on those free-flowing expressways and you will actually love how the bike sings along in pure symphony. Pushing this bike over 105-110 kmph is not a good idea as the vibrations start to get apparent on the handlebar and the footpegs.

Moreover, the 235 kerb weight feels a downer at times as all that mass only leaves the rider desiring for more power when you are in a mood for spirited riding. That said, the TRK502 does its job best as a 100 kmph tourer and hence is apt for seamless mile-munching. During our test runs, the TRK 502 maxed out at a real-world top speed of 159 kmph. Also, with the massive 20-litre fuel tank and the combined fuel efficiency of 24 kmpl that we achieved during our tests, the TRK 502 should offer you a realistic range of close to 450 km on a full top-up which means lesser fuel stops during long-distance touring.

Thanks to the seat height of 800mm, even riders with a height of 5’5’’ can ride this ADV without much difficulty. The TRK 502 has an upright handlebar and that coupled to a wide, well-cushioned seat make it a highly comfortable motorcycle. The high seat comfort makes sure that even riders with an average experience can do 200 km on this bike without having the need to take a halt. The suspension is on a slightly softer side and absorbs most of the undulations quite easily. The TRK 502 has neutral handling and hence, you cannot expect it to go sharp over corners. Moreover, the grip from the tyres is just enough and not exceptionally well, and hence, you might need to hold your horses whenever you see an approaching fast corner.

The straight-line stability of the TRK is commendable and it feels properly planted at triple-digit speeds. The ride quality is decent and these contribute to make the TRK 502 a sure-footed traveller. Speaking of brakes, the bike gets a dual 320mm disc set up at the front along with a single 260mm rear disc and these do a decent job of bringing this behemoth to a halt, though we felt that the bite and feedback from the rear could have been better. With the sheer size, the TRK 502 isn’t really flickable in traffic but is quite manageable. Also, while all that weight seems to go away while you are on the move, it does bother you when you are maneuvering the bike in your parking lot. So, people with a gym membership will surely have a benefit here!

One thing that makes the BS6 Benelli TRK 502 quite attractive is its pricing. At Rs 4.86 lakh (prices hiked by Rs 6,000 recently), this is currently the most affordable twin-cylinder adventure touring motorcycle that you can buy in India. And it undercuts its rivals by a huge margin. In order to be precise, the TRK is over Rs 2 lakh cheaper than the Kawasaki Versys 650 and Honda CB500X, and also, over Rs 3.5 lakh cheaper than the Suzuki V-Strom 650 XT. But at the same time, it had to be noted that it isn’t the most powerful or the most feature-loaded adventure tourer in its class.

So the TRK 502 then can be the perfect bike for you if you are looking to buy your first-ever full-size ADV, that too on a budget. While the TRK 502 can’t do some of the things that full-fledged ADVs can do, with the sheer road presence that this one has, you are sure going to get noticed. Also, with just enough power and features, the TRK 502 shall keep you happy for a good amount of time. So, to sum it up, while the Benelli TRK 502 isn’t a perfect motorcycle, it has a lot going on in its favour with bits like king-size appearance, a potent motor and impressive mile-munching abilities and hence, it is one of the maximum motorcycles that you can buy in India if you have a budget of Rs 5 lakh.

This Is Our Favorite Feature Of The Gemballa Mirage GT

Fri Aug 6 , 2021
The Gemballa brand is a German-based company that is recognized […] 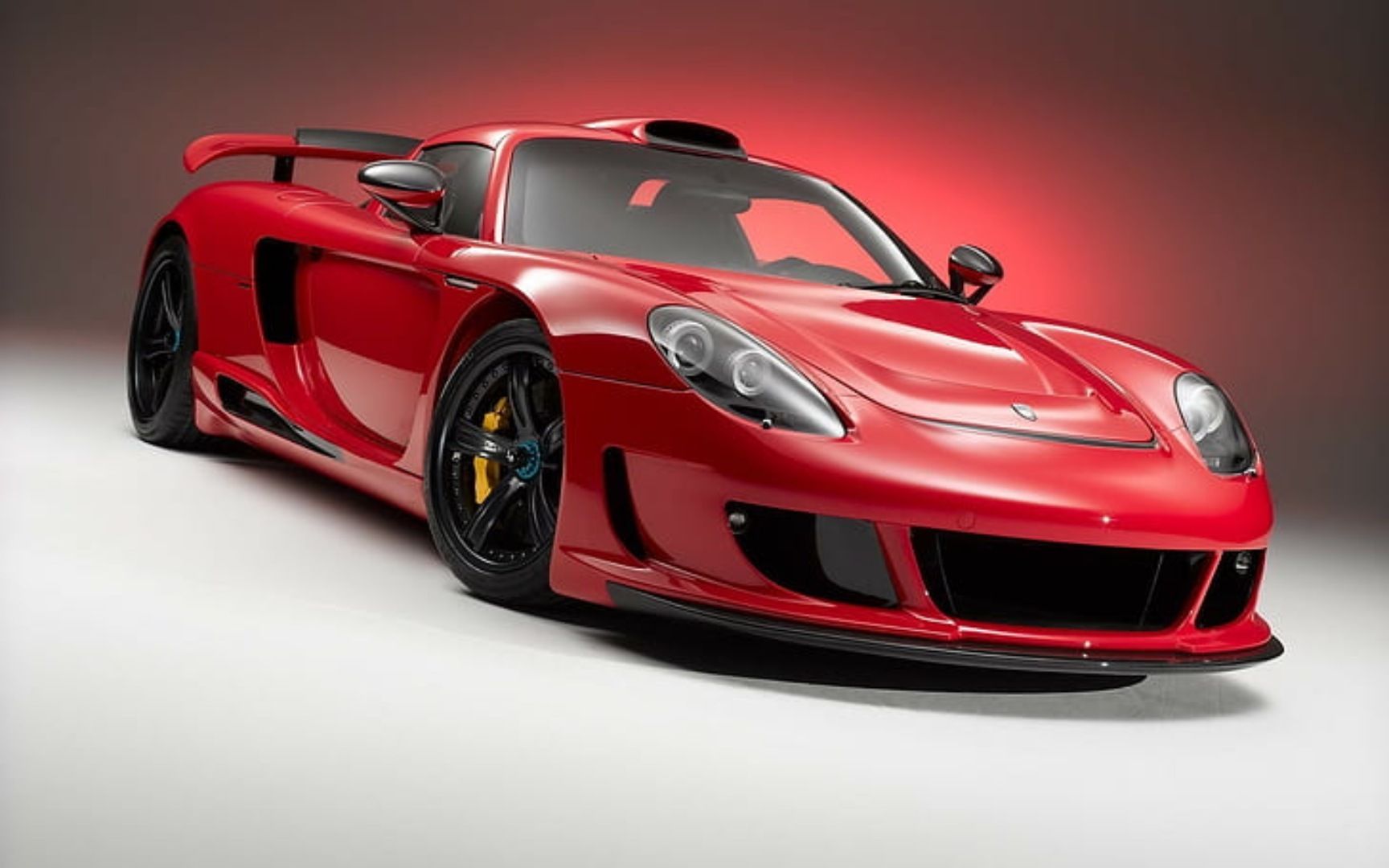