In 2020, and for the second year in a row, Audi Canada has chosen to sponsor an Audi R8 from the WRT Speedstar team, entered in the GTD category at Daytona, and to invite Canadian driver Daniel Morad, winner of this event in the GTD category in 2017, to be part of the four-rider team.

And if the WRT Speedstar team is fielding a competition Audi R8 in this legendary race, it’s because the team acquired it through the Audi Customer Racing program, set up by the Ingolstadt brand a few years ago. twelve years already.

The Audi Customer Racing division is headed by German Chris Reinke and since the start of this operation, more than 500 Audi racing cars have been sold to competition teams around the world, including 250 cars in the category GTD, like the one entered by WRT Speedstar at the 24 Hours of Daytona in 2019 and 2020.

This division quickly became an important source of revenue for Audi, in addition to allowing direct synergy between the development of production models and those of competition. The case of the current, second-generation R8 is a good example, since the sports car and the racing car share more than 50% of parts.

In addition, production and competition cars are assembled on the same assembly line at Audi’s Böllinger Höfe plant, the production R8s being produced there from Monday to Friday, while Saturday is reserved for construction. racing R8s.

The race program has also benefited the current production R8, whose chassis has been greatly stiffened following feedback from competition teams.

For example, the price of an R8 GTD is 369,000 euros, before taxes, importation and delivery, and the operating costs of this racing car amount to 16 dollars per kilometer, whereas the first revision full racing car is done only after 20,000 kilometers.

Even if these acquisition and operating costs seem very high at first glance, they are in fact quite reasonable for a team that can count on a competitive car with a “turnkey” formula. Indeed, Audi has already taken care of all the research, development, tuning, aerodynamic performance and establishment of specific settings for the circuits on which these cars will race.

At each major event in which Audi cars are entered, the German brand sends a truck full of spare parts, which are used to repair the cars in the event of an accident, which saves the teams from having to buy and store these parts. in advance.

In addition, Audi customer teams can count on the assistance of race engineers from Audi to support the team and the drivers.

A podium at the finish

After 24 hours of racing, the Audi R8 from the WRT Speedstar team driven by Canadian Daniel Morad, Swiss Rolf Ineichen, Belgian Dries Vanthoor and Italian Mike Bortolotti reached the finish in third position, just behind the double made up of two Lamborghinis Huracan GTDs and ahead of the Porsches, BMWs, Ferraris, Acuras and Lexus also entered in this category.

The WRT Speedstar team expected the Lamborghinis to be fast, which they were, but also the Porsches to benefit from better fuel consumption compared to the R8. This podium is therefore very satisfying, but the team led by the Belgian Vincent Vosse and the Canadian Albert Au absolutely wants to win the 24 Hours of Daytona and it is only a postponement for next year.

For his part, the Canadian driver Daniel Morad did a colossal job in the first twelve hours of the race. Met a few hours after leaving the wheel to his teammates, but before the end of the race, he said he was delighted with the R8. “This R8 GTD is a real tank. During my two appearances on the track, I was hit by an Aston Martin which missed its braking and by a Mercedes-AMG which simply turned directly into my car at the chicane of the bus stop. »

“I expected the R8 to have suffered a lot of damage, but it didn’t. This car is really strong as well as being very nimble when changing direction quickly in slower corners, thanks to its mid-mounted engine. The car is also very light, which helps with braking, and its top speed is very good. »

For Daniel Morad, winner in the GTD category at the 2017 24 Hours of Daytona, the 2020 edition has once again allowed him to demonstrate his immense talent, and we hope he will have the opportunity to drive until the Victory Lane of the Daytona International Speedway during the next 24 Hours event on this legendary circuit.

Understanding The Law And Car Modification In The UK 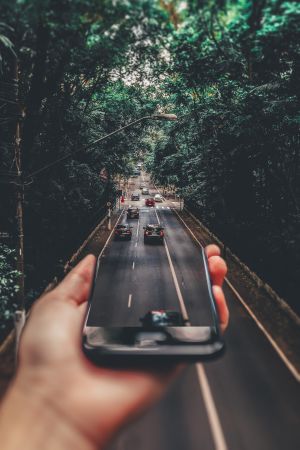