From electronics to clothing, we can all agree that what […]

From electronics to clothing, we can all agree that what we get on the western side of the Atlantic is more or less similar to what our counterparts receive on the eastern side. The same applies to cars. Besides minor details, the North American Tesla Model 3, for example, is pretty much identical to the Tesla Model 3 available in Europe. This extends to most cars marketed on both continents.

However, this hasn’t always been the case. Over the past couple of decades, we’ve witnessed a raging horsepower war between Europe and North America, resulting in power differences, among other details. In most cases, this was primarily driven by legislation and emission changes forcing one market to choke down power on its cars while similar versions on the opposite side have the freedom to roar and kick harder.

RELATED: These 10 American Cars Were Better Than Anything Europe Could Offer

The period between 1960 and 1990 saw US fans served with detuned cars due to the country’s standards that required smog gear fitted in cars. Tables turned in 2018 when European-spec cars got fitted with gasoline particulate filters that choked down power and reduced noise. Here are 5 times US cars were more powerful than their European counterparts and 5 times Europe-spec cars went harder.

Introduced in 2018, the BMW Z4 (G29) succeeded the E89 Z4 and saw the return of the soft-top roof to the BMW Z-series. It borrows design cues from the BMW Z8. Developed alongside the Toyota Supra, the Z4 shares underpinnings with the fifth-generation Supra, including the turbocharged 3.0-liter inline-six engine.

Often overlooked in the past, the E36 M3 is finally getting the attention it deserves. Introduced in 1992, the E36 wasn’t available in the US until 1995. But unlike the “European specification” M3, the US M3 came with a less powerful S50B30US engine that produced 240 hp and 225 lb-ft of torque.

The gulf grew even wider when the 1996 European models appeared sporting a 321 hp 3.2-liter inline-six engine while the US’ S52B32 “upgrade” was still stuck at 240 hp. Although peak torque increased to 236 lb-ft, the US-spec E36 was often underappreciated, and gearheads couldn’t forgive the weak engine.

The Merkur XR4Ti, also known as Ford Sierra in Europe, is a rare example of Detroit equipping their version of a car also available in Europe with a smaller-displacement engine. The European XR4i came with a 2.8-liter version of the Ford Cologne V6 engine, good for 148 hp.

RELATED: 10 European Cars We Wish We Got In The US

Elsewhere, the North American XR4Ti featured the turbocharged Lima inline-four borrowed from the 1983 Thunderbird Turbo coupe and the 1983 Mustang Turbo GT. Equipped with an automatic transmission, the 2.3-liter engine was down on power, producing 145 hp, but teamed up with a 5-speed stick shift, the Merkur XR4Ti churned out 175 hp, thanks to the snappier rear axle ratio and extra boost.

The Ferrari 308 GTB was not only beautiful, but it also had the performance to back up its looks, cost a fraction of the Berlinetta Boxer’s price, and featured the Ferrari badge on its nose. No wonder the car sold like a hot cake, becoming Ferrari’s best-selling model before the 360 Modena arrived.

Powered by an F106 AB V8 engine, European versions produced 252 hp while the American versions were down to 237 hp due to emission control devices. Europe specification cars also utilized the dry sump lubrication, while those sold in other markets – including the US – had a conventional wet sump engine borrowed from the GT4.

The second-generation Toyota MR2 received an overall redesign in 1989, where it received a more rounded and streamlined styling. Its resemblance to the Ferrari 348 and Ferrari 308 GTB/GTS led to many nicknaming it the “poor man’s Ferrari” or “baby Ferrari.” However, there were powertrain differences between the US and European-spec MR2s.

The base model in North America received a 130 hp 2.2-liter 5S-FE, but even with an extra 0.2 liters of displacement, it couldn’t match the 138 hp produced by Europe’s 2.0-liter base model. America didn’t also get the equivalent to the European market MR2 GT rated at 158 hp. Instead, they got something better; the MR2 Turbo with a turbocharged 2.0-liter 3S-GTE that produced 200 hp.

Introduced in 1972, the two-seater mid-engined sports car stood out with its balanced handling, lightweight removable hard top, and retractable headlights. The European market version produced 74 hp and 72 lb-ft of torque from the 79 cu in inline-four engine.

RELATED: 10 Most Underrated European Cars You Can Buy In America

Over the past couple of years, Honda was bold in stuffing bigger motors into US-market cars. Take the 2004 S2000, for example, it got the bigger 2.2-liter F22C engine while Europe carried on with the 2.0-liter F20C. Unfortunately, power remained unchanged at 237 hp.

Produced from 1971 to 1989, the Mercedes-Benz R107 and C107 are the second longest-running single-series models from the German automaker, after the G-Class. To try and make up for the lost power in the pursuit of clean air, Mercedes fitted both cars with bigger engines.

Before the Defender’s introduction in North America, barely anyone imported the European Defender powered by the carb-fed 3.5-liter gasoline V8 engine during the early ’90s. Not that it was a bad engine, but let’s face it. Its 13-mpg fuel consumption made the original Hemi Charger look frugal. Again, you could get the torquey turbo diesels considering the 134 hp V8 crawled to 60mph in a disappointing 13 seconds.

RELATED: 10 Foreign Vehicles That Would Have Done Great In North America

Things got better in 1993 following the introduction of the Defender in the North American Market. It was extensively modified to comply with the strict US regulations and customer requirements. Under the hood, it received the fuel-injected 3.9-liter gasoline V8 – sourced from the Range Rover – that produced 180 hp.

The US emission and safety regulations meant that top automakers never bothered to certify their cars in the American market during the 1970s and 1980s. So, iconic cars like the BMW M1 and the Ferrari Berlinetta Boxer were never legally available in the US.

Neither was the 210 hp European-spec Carrera 2.7 from the mid-1970s, but that didn’t stop the German automaker from trying to pass off a 173 hp Carrera-badged 911S as the same sports car sold in Europe. Porsche later pulled a similar ploy with the 964 RS America in 1993 following customer appeals. 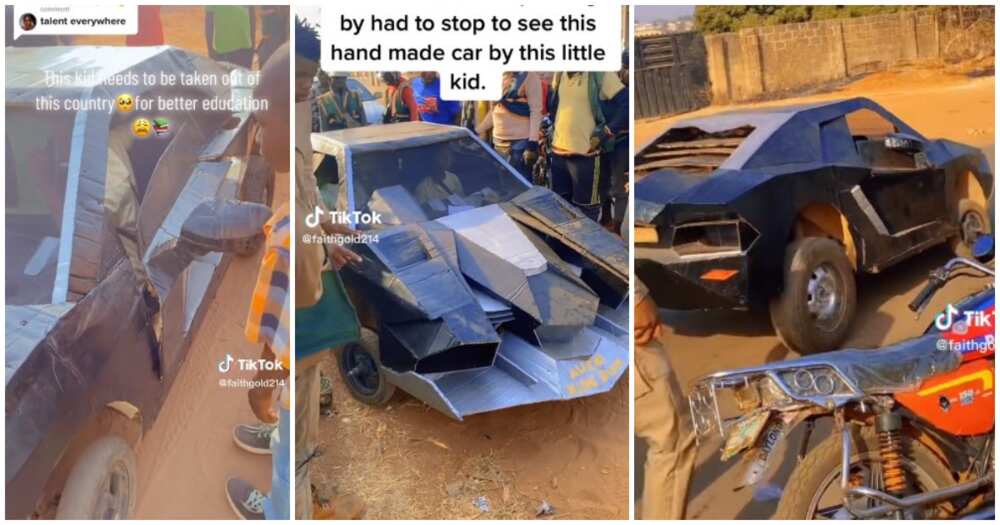